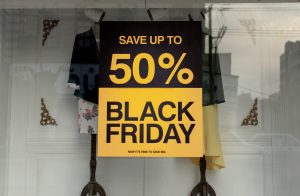 Like most of this year, 2020’s cyber-weekend was bound to be unprecedented; many stores were closed or operating limited shopper capacity, consumers were reluctant to make large purchases due to financial unrest, and online sales were booming.

Preparing for the unexpected was never going to be easy, so how did Black Friday play out, and what will it mean for eCommerce businesses in the run-up to Christmas?

The announcement of the UK’s second lockdown not only took its toll on retailers preparing for the peak season, but also on consumers’ shopping plans. At the end of October, it was announced that non-essential retailers in England would be forced to shut between 5th November and 2nd December. While those who had already bolstered their eCommerce websites and prepared for a cyber-heavy Black Friday found themselves in a strong position ahead of time, many traditional brick–and–mortar retailers were left at a disadvantage.

The lockdown announcement caused a shift in consumer sentiment too, with many shoppers deciding to hold off purchases until the stores reopened. In the weeks before Black Friday only 38% of people polled showed interest in making a purchase over the peak weekend, compared to 51% when asked previously in mid-October.

This accounts for the muted Black Friday that many eCommerce businesses experienced this year. While online orders were, understandably, hugely up on the previous year, average order value fell by 60% compared to 2019.

What we saw instead was consumers shopping steadily throughout the month of November. While some held back, waiting to hit the high street when shops reopened in December, others headed online to take advantage of the early Black Friday sales. Increasingly, many retailers now offer discounted goods earlier in the month, spreading the peak season deals over several weeks.

In the second week of November, transactions increased by 112% compared to the same week last year, as consumers decided not to wait for the end of the month. The high street told another story though, with footfall taking the biggest hit of the year – in November footfall was down to 65% of the same time last year, compared to a drop of 34% in October.

Another key takeaway from peak season 2020 is the success of in-app purchases. UK shoppers turned to apps more than ever before during the Black Friday period, boosting sales at a tricky time. For those offering in-app purchasing, revenue almost doubled over Black Friday compared to 2019.

Looking ahead to the Christmas period, this is an obvious area of consideration for eCommerce retailers. Customers eager to take advantage of app-only special offers or carry out purchases in the simplest way are more responsive than ever to the idea of carrying out transactions via an app on their smartphones.

With Black Friday sales somewhat lacklustre across the board, the pressure is on for Christmas. Since lockdown restrictions eased at the beginning of December, shoppers have flooded the high street in the rush to complete the last of their festive shopping.

The good news is that, according to the latest insights from Barclaycard, consumers are keen to spend between now and Christmas. In fact, 5th December was the biggest day of retail spend in the whole of 2020, with transactions 40.6% up on Black Friday.

With the promise of Boxing Day sales also on the horizon, retailers will be hoping to see this upward trend continue, especially as the industry feels the aftershocks of the collapse of Debenhams and the Arcadia group.

But, as the vaccination rollout begins, there is fresh hope for the year ahead and promise of new opportunity.

Looking to improve your eCommerce hosting in 2021? Contact the team to find out how UKFast can power you to success in the new year.