The Evolution and Future of Cloud Computing 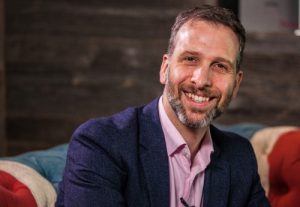 Cloud computing is everywhere nowadays, but have you ever wondered where it all began?

More and more organisations and businesses rely on cloud computing to function, to hold their data, to ensure fast websites and access essential resources on the move. We’re becoming a society very much with our heads in the cloud. But how did this great technology come to be?

Here are the main phases of cloud’s spectacular evolution.

It started with an idea

J. C. R. Licklider, a 1960s computer scientist, is known as the father of cloud. He created an early internet called Arpanet and is also recognised as an early theorist in AI and cybernetics.

In his paper Man-Computer Symbiosis, published in 1960, Licklider predicts that humans and computers will become interdependent; humans do the creative and lateral thinking, while computers carry out repetitive, routine tasks and each relies on each other in equal measures.

Looking at the way society treats technology today, it’s safe to say his vision was pretty spot on.

Thanks to IBM’s technological breakthroughs of the 1970s, the concept of virtualisation gained increasing popularity over the decades that followed. In the 1990s, telecom operators began to offer virtualised private network connections, which paved the way for telecoms firms to offer a centralised infrastructure for many users to share.

These technologies were the foundations of modern-day cloud.

The rapid growth of cloud

After the slow rise to popularity over the course of decades, 2007 was a turning point for cloud computing. Over the last ten years or so, there has been a huge shift in the way we treat our business infrastructure and personal data.

We’ve gone from the majority of organisations storing their data on an in-house server to 88% of all UK businesses adopting cloud for their operations. Even the public sector, with its mass of legacy systems, is now adopting a cloud-first strategy.

And we’ve seen technology, which is only possible through cloud, revolutionise the way we live our lives. The growth of AI and machine learning, the progression of SaaS, IaaS and PaaS, online marketplaces and more all owe their success to cloud computing.

In our UKFast webinar on Cloud Developments, our experts discussed the cloud developments to keep your eye on over the course of 2019. Will containerisation take over? Is multi-cloud becoming the new norm? For the expert insight into the future of cloud, head over to this UKFast webinar now and join the discussion.

Watch our Cloud Developments webinar now to gain specialist cloud knowledge and hear what’s to come for cloud in 2019.