Top 5 Tech Updates From Across the Globe

With the way tech keeps evolving, it’s easy to get swept away and miss all the incredible things that are going on in the technology world each week. 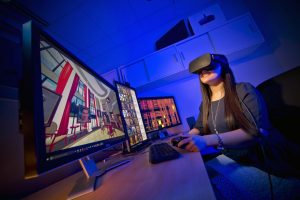 Virtual Reality classroom education could be a thing of the near future.

New research from the University of Maryland shows that we remember information better when we see it in Virtual Reality (VR) rather than on a 2D screen.

Subjects were tested on their ability to remember historical and celebrity figures using a VR setting and a 2D setting. VR came out on top as researchers believe that VR adds a layer of reality that allows the brain build a “memory palace” in 3D space.

Amitabh Varshne, Dean of the College of Computer, Mathematical, and Natural Sciences at UMD said: “This data is exciting in that it suggests that immersive environments could offer new pathways for improved outcomes in education and high-proficiency training.”

We wish revision had been this fun in high school…

2 Outlawing ICT could be devastating for young pupils

Plans to drop ICT from the British curriculum could have disastrous results for many groups. Officials have proposed replacing ICT with Computer Science, however this would possibly put girls, BME students and those from poorer backgrounds at a disadvantage.

While ICT and Computer Science are two school subjects which have run alongside each other for four years, only 20% of Computer Science students at GCSE are female, with this dropping to just 10% at A Level.

Amali de Alwis, CEO of Code First: Girls, said: “UCAS figures showed only 13.7% of those who enrolled onto a computer science degree in 2017 were women. What will those numbers look like in five years’ time?”

A much lower number of pupils who qualify for free school meals are taking the Computer Science qualification compared to those studying ICT, which means computer studies will become more exclusive when ICT is taken out of the curriculum.

Experts have expressed their worry about the broadening skills gap, with computing becoming “more exclusive” and a subject only taken by higher income white males.

3 Rage against the machine

Ever yelled at the microwave when you’re running late and your breakfast still isn’t done? Be careful, because now it might shout back!

IBM has developed a machine that actually debates a whole range of topics with you. Fed with “hundreds of millions” of articles, books and opinion pieces, the device named Project Debater listened to, answered and rebutted debaters in San Francisco this week with extreme proficiency.

Professor Chris Reed from the University of Dundee said that while AI like this is developing at a startling rate, it might not be AI itself we have to worry about, but the data it is fed, and the biases that may be contained within that information.

If you’ve got a handy $1,800, the new Samsung foldable phone could be for you.

We’re not talking retro flip-phones here – this is device which bends fully in half like a wallet to fit in your pocket. It has a 7.3” OLES screen which collapses down to a 4.5” when you need to tuck it away.

Techies at TechLinked are questioning whether the general public would pay almost double the price of the iPhone 10 when it hits the shelves next year.

And last but not least:

5 The loophole behind your Google Home

Investigators have discovered the privacy flaw behind Google Home and Chromecast which could give away your position to attackers.

If remote hackers can infiltrate your Wi-Fi and get a victim to open a link while connected to the same Wi-Fi or wired network as a Google Chromecast or Home device, they could triangulate the position of a user by collecting their IP address.

These addresses can be used in combination with online geolocation tools to gain information on a person’s hometown or region.

While IP addresses can be imprecise, investigators who are testing this privacy setting say they can get a location within 10 metres of the Google Home or Chromecast device.