Will The End Of Net Neutrality Affect Your Business?

The Trump Administration is in the process of repealing long-standing U.S. net neutrality standards in order to shake up the internet-at-large. Who will this change benefit? Will it affect your business?

ISPs can’t decide to make streaming video from Netflix faster than BBC iPlayer, for example, and they can’t make websites inaccessible (with the exception of court orders which can force UK ISPs to completely block websites which are breaking the law.)

Net Neutrality in the EU

Net neutrality in the UK is the result of EU Regulation. In 2002 the EU created rules for the internet, ensuring that European citizens have fair access to the internet. In 2015 these were refined and became the first EU-wide net neutrality rules, adopted to ensure that internet access was not only available but provided fairly.

Net Neutrality in the US 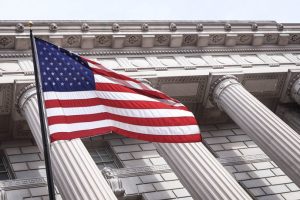 The US Government’s Federal Communications Commission (FCC) began thinking about America’s own version of the Regulation for net neutrality in 2005. It established some key principles which related to access, similar to the EU Regulation. Then in 2009, the FCC added to these basic ‘open internet’ principles a new idea: US ISPs can’t discriminate against content in any way. This was the start of US net neutrality, becoming law under the 2010 FCC Open Internet Order. The FCC received 3.7 million public responses to the move, with less than 1% in opposition.

The US government now wants to reverse these rules so that American ISPs would again be allowed to ‘prioritise’ (speed up, slow down, or stop) any website traffic as they see fit.

The future without net neutrality

The Trump Administration argues that net neutrality has slowed down profits and, therefore, innovation in the sector.

Net neutrality means that ISPs can only compete on price, speed and service. Without the restriction, they argue, ISPs could make more profit and invest this in better infrastructure. There’s a few ways that ISPs could look to find this profit:

ISPs could make deals with websites to prioritise their content. Video streaming services could partner with ISPs to persuade their customers to move provider for a better service. Search engines could work with ISPs to ensure a fast service.

While the likes of Facebook, Google and Netflix have all come forward openly in opposition, American ISPs would hold all of the cards and could force the hand of these usually untouchable internet giants – the alternative being that they simply don’t appear at all.

We’re disappointed in the decision to gut #NetNeutrality protections that ushered in an unprecedented era of innovation, creativity & civic engagement. This is the beginning of a longer legal battle. Netflix stands w/ innovators, large & small, to oppose this misguided FCC order.

Customers, too, could see a cost increase. Opponents imagine a tiered system in which cost is calculated by ‘packages’ of website access.

It’s not the just big businesses that could feel the effect – a tiered cost might be applied to every website, requiring all online businesses to pay every ISP to ensure that they appear to their visitors. Where once SEO and PPC were the only costs associated with visibility, this new arguably more important cost would have to be considered when assessing online business viability.

As with a lot of Brexit talk, nothing is yet completely clear about Net Neutrality. As with the GDPR, the government will have to follow EU Law and Regulation until March 2019. After that, it has signalled that it will mirror current EU regulation, but after Brexit the UK will have all the time it needs to watch the US repeal play out and, if it pleases, to copy do the same as the US.

One shining light is the UK’s fierce ISP competition, which may also shield internet users and online businesses from price hikes for internet usage.

The US has far fewer ISPs than the UK, despite its size. Verizon, Comcast and AT&T effectively share the entire internet market in the US, and in some areas only one provider is available. In the UK, where there is a range of providers available across the country, and almost all voluntarily committing to net neutrality way back in 2012, even after we have left the EU Regulation, customer agility may force ISPs to keep net neutrality practices alive.

Should your business prepare for the end of net neutrality?

Not yet. It’s not yet clear how the repeal will play out in the US, and it could be overturned with mounting pressure from within the US government, public backlash, and businesses opposition.

For now, your main priority should be preparing for the GDPR, because that is definitely happening, and is approaching fast.

Will your US customers be affected?

There’s potential for a disruption, but there is very little you can do to prepare. A new American ISP might emerge, seizing the business opportunity with a free and open service that renders the discussion moot. The repeal might not happen. Costs may settle.

For now, the most effective action you can take is to ensure that your website performance is the best it can be, even if it is ‘throttled’ by an American ISP in future. 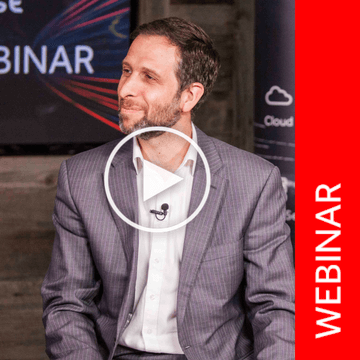