Back in the mid-80s two scriptwriters named Robert Zemeckis and Bob Gale sat down to work. They wanted to envision a technological landscape three decades into the future. After many late nights of work, they had imagined a neon, glowing future with self-lacing trainers, 3D movies and a tyrannical, completely unqualified bully named president.

Many of their predictions eventually came true and would help their movie Back To The Future go down in cinematic history. But despite their success, Robert and Bob weren’t always right – perhaps their most sought-after creation, the hoverboard, would remain a daydream even into 2017.

In the world of eCommerce, the ability to predict the future is equally advantageous. Simply by being first to market with an amazing new idea or being first to adopt an emerging channel could secure your business as a market leader and help you to go down in eCommerce history.

Beware though, being an early-adopter has its risks. Just like the hoverboard, it’s possible to jump on an idea before it’s ready to make its way into reality. Here are four often-predicted eCommerce trends which in 2017 still haven’t quite become reality. 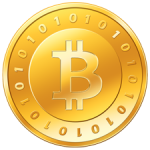 For better or worse, bitcoin has developed a bad name. Whilst there’s nothing inherently wrong with cryptocurrency, the public’s understanding is still relatively basic. Even though it’s not crucial to understanding how cryptocurrency works before investing in it, most consumers want to have an idea, and end up baffled by the concept of ‘mining’ a currency with graphics cards. Whilst the complicated and unpredictable nature of bitcoin would be enough to stop most consumers, it’s also the favored currency of cyber-criminals and illicit online activity, thanks to its anonymous nature. You don’t need me to tell you that ‘complicated’ and ‘scary’ are characteristics to avoid in a successful eCommerce transaction. Bitcoin, for now at least, seems to be both. 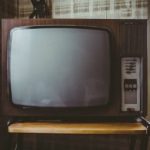 The main reason that TV shopping is yet to become reality is that our definition of ‘TV’ and how we watch it has dramatically shifted since this channel was first touted. TV was once a family activity, it meant huddling together in the living room with a remote control and a TV guide. With a few exceptions, TV consumption is a much more personal activity in 2017; any screen is a TV thanks to the likes of iPlayer and Netflix, which means we already have a device in our hands – whether that’s a tablet or a laptop –  better suited for buying than a smart TV remote.

Whilst the likes of the Apple TV and Now TV offer subscription services and movie purchases, products outside of the immediate realm of entertainment remain in the browser. 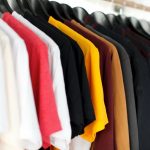 If a ‘guideshop’ is new to you, you’ll still recognise the theory; you walk into a bookshop for a browse, find a book which catches your eye, and then sneakily leave the shop to get it cheaper online. Guideshops, unlike real bricks-and-mortar stores, encourage this behaviour. The theory is that instead of spreading stock across the country in real stores, a guideshop showcases products that customers can try on, hold, or use before ordering online.

Whilst the theory is sound and companies such as Bonobos have trialled the idea with success, guideshops are yet to take the high street by storm – easier postage returns might be part of the explanation . Modern retailers are using their public presence for broader brand experiences.

First making a buzz in 2013, beacon technology was set to revolutionise the retail store into a commerce/eCommerce hybrid. Using Bluetooth Low Energy technology, these little devices could push location-specific messages to our phones, once we’d opted in. This meant that retailers could dot beacons around retail stores to ping us with offers and information. Here in the UK at least, we’re yet to see this technology rolled out in retail, though the police and council are considering the use of beacons, which could lead to a smoother transition to retail in UK stores.

If your goal is to be a market leader in eCommerce, start with world-class eCommerce optimised hosting from UKFast.