Could Cyber-Attacks Have Changed the Brexit Outcome?

Lately, we’ve been talking a lot about DDoS attacks and how they are affecting the world. We know they dramatically slow down an eCommerce site, which is a big deal if your livelihood relies on online sales. But how else are they making an impact? A new report by MPs has highlighted that DDoS could have moved into the political sphere, with suspicions that an attack was responsible for a government website experiencing downtime during the Brexit voter registration.

The outage under suspicion forced the government to extend its deadline by two days, giving those unable to register time to return to the website after it was recovered.

The report doesn’t include much of the technical detail which lead to the suspicion, only stating:

‘The crash has indications of being a DDoS ‘attack’. We understand that this is very common and easy to do with botnets.”

Whilst the ‘who’ and ‘how’ of this attack will be the subject of unending debate and speculation, the results of any further investigation have not been released.

DDoS attacks create a barrage of traffic using an army of artificial visitors, orchestrated to all hit a website at the same time. This unexpected tidal wave of traffic overloads the website’s server, sending it offline. 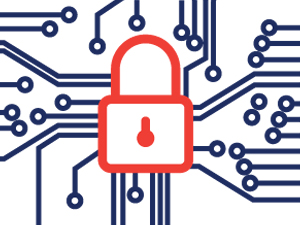 Whilst this technique is used by cyber-attackers, it can happen completely innocently. Without the proper hosting infrastructure, websites can crumble under the weight of genuine visitors; the release of festival tickets, for example, can bring a ticketing website down.

In the case of festival tickets, downtime might mean that you miss out on seeing your favourite bands, but with a centralised platform enabling a whole country to vote, any downtime can interfere with the process of democracy, and arguably the outcome of the results.

Whether the Brexit downtime was the work of international sabotage, a few lone vigilantes, or simply an unexpected surge of willing voters – the outcome is the same: visitors are unable to do what they need to do.

The BBC reported that 25-35 year olds were the largest bracket of Brexit voters using the internet to register, which suggests that this demographic was most affected whilst trying to vote. This hints at a future in which the majority of the population will be more reliant and expectant of online processes becoming the norm.

Voter fraud and interference with democracy were around well before the invention of the internet, but in our digital age these processes are centralised, so there has never been greater need for the best protection at these central portals.

Our reliance on websites to perform vital tasks means there’s increased responsibility for robust hosting to accommodate waves of genuine traffic and the latest technology to identify threats, like a DDoS attack, and protect against them.

With 2,000 DDoS attacks happening each day globally, for political and ideological purposes, competitive advantage, and to distract attention whilst attackers breach your system, a line of defence against DDoS attacks has never been more important. Last year 34% of businesses were targeted and that number is increasing.

At UKFast we believe our job is to detect, reject and absorb DDoS attacks to protect your business 24/7/365, and that’s why we have developed a solution to do just that – DDoSX™