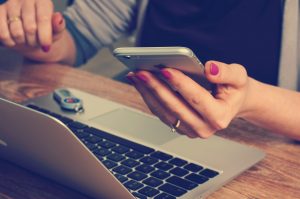 Today is International Women’s Day, a day to celebrate the amazing achievements – past, present and future – that we owe to the female of the species. Naturally, a day like this brings to the fore one of the biggest discussions in our arena: the involvement of women in tech and business. We’re taking some time (and blog space) to look at one famous female tech figure and the parallels between her story and today’s business practices.

Let’s go back two centuries; Ada Lovelace, daughter of Romantic poet Lord Byron, was brought up on a diet of hard sums. Ada’s mathematical prowess attracted attention, and famous polymath Charles Babbage – credited with the concept of the digital programmable computer – frequently discussed his ideas with her. When he came up with the idea for a complex mathematical calculator, she transformed his concept into the vision of a machine that could manipulate any numerical data – music, pictures and words. She understood the potential of the computer for the first time.

Ada Lovelace’s history is a talking point for tech and gender on many counts. It’s incredible that the computer – a device that we normally associate with the 20th century – actually took root in the 1800s, and that it was pioneered by a woman. One of my favourite parts of this though, the fact that it relied on teamwork: Ada Lovelace’s algorithm sprang from theories formed by Charles Babbage. The fact that the computer algorithm wouldn’t have come into being without both of their input not only shows that women and men are equally capable, but also demonstrates how complementary they can be. Collaboration is definitely key; this balance often allows us to progress further together than we would alone.

At UKFast, we think balance is essential in every aspect of business. For a long time, our board had a 50/50 gender split; recent additions have tipped the scales in the favour of females, meaning that our directors comprise more women than men. On a day like today, where many are highlighting the absence of female leaders in business, we’re calling that a favourable tip of the scales.

We’re doing all we can to make sure men and women have the same opportunites. Whether that’s in terms of entitlements they can expect, rewards they can earn or facilities they can access; it’s critical to us that every single member of Team UKFast gets fair treatment. Giving our team what they deserve means they stay motivated and passionate, allowing them to provide the stellar service we’re renowned for.

Back to Ada: in terms of sweeping gender stereotypes, the apparent ‘role reversal’ between her and her father is another fascinating feature of the story. Lord Byron remains one of our most celebrated figures of poetry, emotion and creativity, whereas his daughter is seen as a pillar of scientific thinking and logical reasoning. Sometimes the truth can be the complete opposite to what we expect; stereotypes are more often than not, completely wrong!

It also reminds us that we’re all individuals; whether a woman or man is brilliantly gifted at maths or intuitively and intensely creative, our skills are particular to us and we’re all different. And so, for International Women’s Day, we’re not only recognising a gender that might not always get the kudos it deserves; we’re also celebrating everyone for everything that makes them who they are.

Our team is growing; can you help us stay balanced?