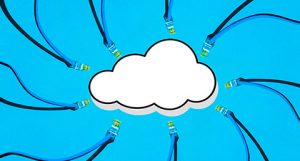 The world of tech is one where only the strongest survive; a constantly shifting battlefield, staying ahead of the curve and at the forefront of development is essential. In UKFast’s Tech Titans, we play spectator to major players in the technology arena. Today, we’re asking whether the oncoming arrival of 5G wireless connectivity could put an end to broadband.

It’s highly likely – unless you’re a fan of the printout – that if you’re reading this, you have access to the internet. Pretty much all of us do, and most of us use more than one connection at a time; the two most common being broadband for desktops and laptops and 3G or 4G wireless for mobile devices on the go.

While the latter have been commonly associated with mobile devices in the past, the place for wireless connectivity has been growing steadily. Telecoms companies are learning that it no longer makes economical – or practical – sense to dig vast trenches and line them with degradable cables, when developments in tech might allow them to use wireless chips and antennae instead.

The introduction of 4G has given broadband a run for its money, boasting speeds that accelerate far beyond 3G. It seems like only yesterday that we heard news of 4G, but the newest development in wireless connectivity, 5G, is being touted as a more serious contender against broadband.

It just goes to show how fast-paced the world of connectivity is – the guys at the top are always looking forward, working out how to make the internet more and more available and efficient.

So what’s so special about 5G, we hear you ask? Apparently it comes down to speed.

According to researchers at the University of Surrey’s 5G Innovation Centre (5GIC), 5G can run at one terabit per second (tbps), which is up to 65,000 times faster than 4G. True, none of us individual users may strictly need such speed – or ever access it in full – but it’s a breathtaking statistic, and one that shows the powerful potential of 5G. And while such speeds are a staggering possibility, many in the know seem to think it’s unlikely that such speeds will come off in the real world.

5GIC has also said that 5G might be available for public use in 2018, which is an exciting development for those of us who have a need for speed. But Ofcom has swooped in and managed our expectations here, estimating that 5G may only become available in Britain in 2020.

All in all, 5G is an incredibly exciting prospect, but we need to steady ourselves slightly and wait to see whether it lives up to its broadband-quashing hype.

At UKFast one thing we do know is that we’re dedicated to optimising connectivity speed for our clients. UKFast is founded on speed; it’s what we’re known for and what makes us a premium host. Whatever connection our clients’ end users access their sites from – be it broadband, fibre-optic, 4G or 5G – we’re dedicated to ensuring that their experience is smooth, snappy and seamless.

Have you got the need for speed?

Talk to an Expert Today