How Accurate Were Our 2016 Predictions? Episode 5

Technology has become integrated – in some form or other – in every aspect of our lives. We’re all connected to one another at all times; from smart phones and wearable tech to how we shop. In the last of our ‘How Accurate Were Our 2016 Predictions?’ blogs, Dani takes a look at which predictions and technology came of age over the last year and the impact it had on our lives. 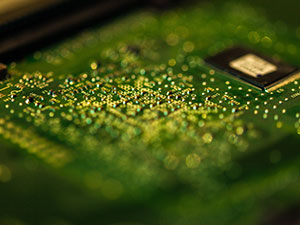 The expansion of the device mesh is a natural consequence of developing technology. The more devices we use, the more connected we become and the more efficient we become as technology alters the way we operate in the work place; from cloud-hosted desktops that enable employees to work from anywhere, to content management systems and the increasingly common provision of smart phones and tablets for employees.

Although 2016 was not the year that all devices began to use one, all-inclusive language, it was the year that tech began talking about the growing need for a greater synergy in the future.

Read our whitepaper for tech predictions for the future

We’re creating more data than ever before, using a range of devices from iPhones to Fitbits, most of which use different languages. The challenge for businesses – that have in 2016 become increasingly aware of the value of the data they possess – is determining how to streamline the various outputs and harness this data for operational purposes.

By the end of 2016 Amazon’s Echo and Google’s Nest had become fairly commonplace, synching up the ever-growing device mesh and creating more real-time data than current infrastructures can cope with.

However, the increasing popularity of IoT in 2016 and into 2017 is shining a light on another growing issue; security. In October last year the Dyn network was victim to the largest distributed denial of service (DDoS) attack on record, emphasising the challenge within the technology industry to tackle the lack of education surrounding IoT vulnerabilities.

If you’ve missed any of the ‘How Accurate Were Our 2016 Predictions?’ blogs, access the series here:

Episode 4: The Rise of Software Defined Networking and Storage

The Rise of Software Defined Networking