The Code For Happiness (and Better Job Prospects)

It’s been proven that learning new skills is key to staying happy, and just because we’re not at school any more it doesn’t mean we should stop being curious; learning is – excuse me while I nerd out for a minute – fun, and if it’s a skill that’s going to help you become more employable then that’s even better, especially at the moment. Before you think I’ve finally had one too many coffees for suggesting that something could be fun and useful, it’s National Coding Week and – if you’re not already acquainted with the wonders of coding – then here’s why it’s flippin’ awesome. 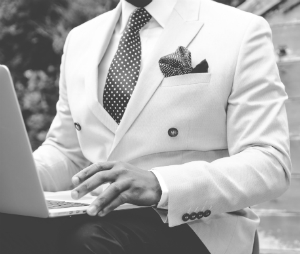 If you’ve been alive and vaguely awake in the last few years (mostly achieved in my case thanks to the aforementioned caffeine habit), you’ll know that jobs – nay, the world – is changing. The rise of tech, and the realisation that most jobs involve some tech, has inspired joy in some and fear in others.

If you’re one of the latter (I’m looking at my stepdad here, who will not, for love nor money, lock his phone when he puts it in his pocket) then fear not; tech isn’t scary. Well, sometimes it’s scary. But it’s like a heady excitement-fear, like a rollercoaster, rather than, say, the M6 during rush-hour.

One of the first building blocks of ‘getting’ tech is to learn to code. Whether you’re one of those youths that’s wondering about the skills you need to get hired, or have been in the job market for a while now and want to stay at the top of your game, it’s never too late to get skilled up for working in a digital age. Tech jobs are on the rise and those that can tech are in demand in the face of the international digital skills gap.

First though, let’s go back to basics.

What the devil is coding?

To answer this I’m going to quote Chris, one of our lovely Research and Development guys, who writes so well I’m genuinely worried he’s going to put me out of a job one day.

I asked him to explain coding and he said it’s like writing a recipe for a computer to follow.

“The computer will do exactly what you tell it as long as it understands what you mean; it’s just a question of choosing the right programming language for the job at hand (e.g. PHP is great for web development, less so at number crunching for scientists). The important thing is to know what you’re doing as the computer probably won’t be clever enough to work out if you’re doing something wrong, which is usually where bugs come from.” And they say you can’t be creative and into tech.

So, for example, you might have heard of the coding language HTML. HTML basically creates the structure of your cake/website, and then CSS (another language) adds all the fun colours and backgrounds and stuff – the cake’s icing. Of course there will be slight differences in each recipe depending on the baker or what kind of cake you’re trying to make, but ultimately you have to follow one to get to your delicious, delicious site.

What kinds of jobs can use coding?

Only pretty much everything. Most companies will have a website, and as more industries go digital tech jobs are hot stuff. Maybe more surprisingly though, lots of creatives need tech skills too; for example, even as a blogger, I can use code to edit the blog and format it to try new things, and if I didn’t expend about 99.45% of my mental energy thinking up Game of Thrones conspiracy theories I could do a helluva lot more too.

Designers and marketeers can also benefit for campaigns and web pages and the like, but no matter what your role if you can show that you can knock together a little summin’ summin’ for your company’s website, have SEO skillz (which can involve some coding), or just have the knowledge as a back-up if something goes wrong, you’ll be in demand.

And the million dollar question now that you’re all excited about coding:

How do I become a coder?

An increase in sites like Codeacademy have made coding incredibly easy to learn – you don’t even have to leave your chair (which, let’s face it, is ideal). Categories are divided into bite-size modules to make them digestible for ten minute-lunch break sessions, or you can do face-to-face courses if you’d prefer/can persuade your boss to let you have a day off. There are lots of events going on this week offering free introductory sessions too.

It might sound difficult but like any new skill or business requirement it just takes a bit of motivation and you’ll be teched-up and impressing your friends and future employers in no time! You can find out more at the official website – www.codingweek.org.

Get your kids coding

If you’re a parent, set your kids up for life and get them coding early. There are lots of initiatives around the country for kids, and at UKFast we run a Code Club that gets kids into coding in fun ways. It’s also a great way to occupy their time during holidays (everyone’s a winner, amirite?). Here’s a video from our recent Code Club: