There’s been some fairly vocal opposition to the draft Investigatory Powers Bill and Monday was the deadline to submit written evidence to the committee looking at the draft. Major tech firms have been weighing in, and Apple is the latest to voice its concerns about the way the government intends to read our communications, submitting an eight page report at the eleventh hour. As a business and as a user, the outcome of the bill will have huge implications on who can access your data; here’s why Apple’s fretting… 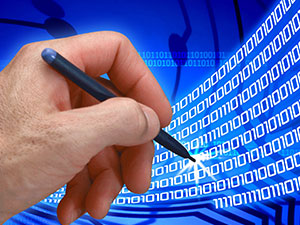 If you aren’t familiar with the bill yet, it is likely to help the government to get very familiar with your data. Home Secretary Theresa May has said that the bill – which would basically give the government a ‘back door’ into your digital communications – is needed to help fight crime and terror.  Opponents say it’s potentially more dangerous to have these back doors which attackers could exploit, and that it wouldn’t really stop terrorists anyway.

The committee is expected to report on the evidence it’s gathered in Feb but, until that time, here are Apple’s objections boiled down for you.

The main concerns the US tech giant had were about encryption, the effect of hacking its own products and the precedent that would be set if it was to be forced to comply with the bill.

Concern over the weakened encryption that the bill would require has been raised by many since it was originally drafted. Apple uses end-to-end encryption for several of its services, including iMessage, which essentially scrambles the communications from, say, when you type a text up to when the person it’s intended for receives it. Even Apple can’t decrypt it.

The worry is that if the bill goes through, companies could have to provide a ‘back door’ for the government which would let them read the communications – but, in practical terms, that would mean that attackers could potentially intercept it too. “A key left under the doormat would not just be there for the good guys. The bad guys would find it too,” said Apple.

The other concerns revolve around the fact that Apple fears the government may then ask it to start hacking its own products to get info, and also that if it starts complying with warrants for information within the UK that other countries with even less stringent regulations might demand the same rights.

One of the biggest reasons that Apple is so concerned is that the bill is still fairly ambiguous – it’s not clear how far the bill will try and flex its muscles. It’s thought that the government has played fast and loose with the boundaries of previous acts of a similar nature, so there’s no guarantee that this one won’t be abused too. Supporters of the bill says its aim is to improve transparency and accountability, which sounds great on paper; but right now feels a bit ironic, as it sounds that the bill currently isn’t anywhere near transparent enough.

For more information on security solutions at UKFast take a look at our website.