Last week Manchester came together to bring toys and festive cheer to children who otherwise would not receive a present for Christmas. It was fun, tiring, and – I’m not gonna lie – I’m now super hench from moving toys in the warehouse. The results of the campaign are in, and for those of us huddled in the sunrise on Princess Parkway this morning, any of you tuning in on Key 103, and all of you who helped, it was a pretty emotional time. But congratulations Manchester – we did it!! 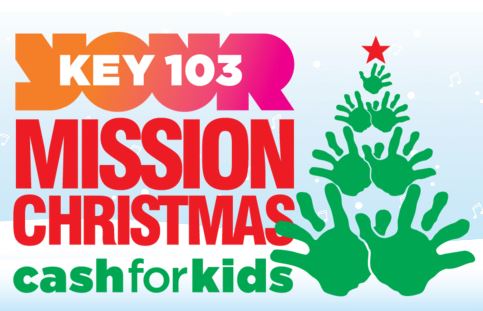 We’ve been incredibly proud to sponsor the Key 103 Cash for Kids Mission Christmas campaign once again this year to help ensure that children across Manchester didn’t miss out on a present this Christmas. When we heard that an incredible one in three children in Manchester are in such levels of poverty that they won’t receive a gift at Christmas we knew we had to get stuck in and help!

And we were thrilled at the response – you could barely move in the warehouse for the number of toys that you lovely lot donated this year! The results were announced on our big screen on Princess Parkway this morning and we couldn’t be happier to tell you all that an incredible £1,844,468  was raised, which totally smashed last year’s £1.6m! This means that 48,690 kids who wouldn’t have otherwise received presents will now wake up to gifts on Christmas morning; it’s a pretty incredible feeling. Whilst it doesn’t solve the underlying issues, it does mean that Christmas will be magical and happier for not far off 50,000 more children in Greater Manchester this year.

We believe there’s no greater feeling than giving back and clearly you guys agree – we couldn’t have done it without you! Thank you to everyone who donated toys, helped at the warehouse and generally pitched in to make a difference this year!