The Company Predicting the Future

Big data has been a big buzzword over the last few years and it’s often thought that ignoring it is a big mistake for businesses. A company in Sweden may just be proving this as they are effectively able to see into the future with their new big data train service project! 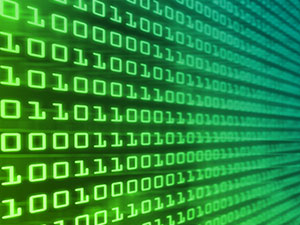 The Swedish are well known for their efficiency but Stockholmståg, a Swedish train company, is taking it to the next level by using big data to fuel a train service prediction model called ‘commuter prognosis’, which is meant to be able to predict service delays around two hours in advance.

“We can now forecast disruptions in our service and our traffic control centre can prevent the ripple effects that actually cause most delays,” said Stockholmståg communications director Mikael Lindskog.

The company got hold of data scientist Wilhelm Landerholm to help it come up with the concept, which is built on a mathematical algorithm and works sort of like an earthquake predictor by using what’s happened in the past to predict when delays are most likely to occur in the future.

The model also automatically analyses data to help predict how current delays will affect the rest of the network over the coming hours too – it lets you predict any problems, figure out a response immediately, and then see how that response will affect service instantly too.

“The time it takes to run a new forecast in the system for the next two hours is less than one minute,” said Landerholm. “If you change something [such as deploying a new train], you will see its effects quickly in the system.”

The company is also releasing a smartphone app based on the model later this year, which will also look at other data and try to make commuter’s lives easier. “The app will indicate which [coaches] are more or less crowded,” explained Lindskog. “We measure the wheel pressure in the trains [to estimate this].”

There’s no exact date confirmed for when the final version will be put in place but Swedish commuters could be just the beginning; the company has plans to go global, saying the model will work anywhere as long as there’s enough data collected on the train service. In theory it could also be put into use in any kind of network that uses regular scheduling or routes. I’m pretty sure if they wanted to put it in place in the UK there’d be enough commuters willing to offer their thoughts…

So, although big data may sound a little dry, it has some incredible uses, and with data scientist being one of the top paying jobs nowadays, big data has a big future!