Nadia gives us the lowdown on authorities breaching data rules!

In a report put together by the aptly named campaign group, Big Brother Watch, the privacy group has called for council workers to face a custodial sentence for the most serious of breaches after it was revealed that local authorities are violating data rules at least four times a day. 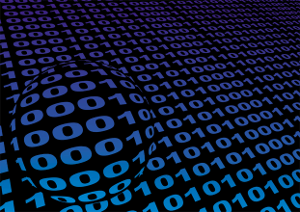 The campaigners, who champion privacy, claim to have exposed a surfeit of mistakes recording a total of 4,236 data breaches during a three-year period from April 2011.

In many cases, these breaches reportedly involve the disappearance, theft or inappropriate sharing of the personal data of hundreds or thousands of people across the UK.

The campaign group have gone on record to describe the councils’ infringements as ‘shockingly lax’ and describe the blasé attitudes to protecting confidential information as ‘deeply disturbing’.

In one incident, a social worker in Lewisham, London, left a series of papers on a train that contained confidential records about individuals, including names and addresses, yet more than two in three incidents led to no disciplinary action at all.

The report, based on responses to Freedom of Information requests, said data was lost or stolen on 401 occasions, while more than 5,000 letters were sent to wrong addresses or contained personal information meant for someone else.

As well as harsher penalties, the Big Brother Watch has also called for better training and reporting procedures to help councils better equip them and commit to keeping personal data private and secure.

The government were quick to reassure us that breaches are extremely uncommon. A spokesman for the Local Government Association told: the press “Given the huge volume of data councils handle, breaches are proportionately rare.

“When they do occur, robust investigations and reviews are immediately undertaken to ensure processes are tightened.”

Is time spent at her Majesty’s pleasure an effective way of adjourning data breaches? Or does the answer lie in the appropriate training and education of council workers? What do you think?