If you haven’t been properly introduced to graphene yet, then pull up a pew and prepare to get up close and personal with the ‘wonder’ material. This week is National Graphene Week and if you’ve ever drawn with a pencil you’ve probably made graphene yourself, but what is it exactly, and what are the amazing potential uses? 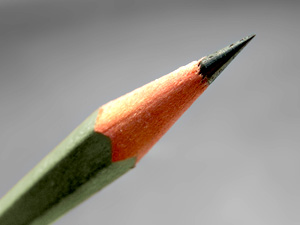 Taken from pencil-lead style graphite, graphene is one atom thin and is thought to be the strongest and most conductive material in the world, which gives it huge possibilities when it comes to applications, from electronic to medical.

In the five years since Sir Andre Geim and Sir Kostya Novoselov were given the Nobel Prize for isolating the material it’s grown to a field that has more than 200 researchers and 30 companies working on it at Uni of Manchester.

Considering that the pair originally published their findings in 2003 but were rejected twice because it was thought a material that thin couldn’t be stable (it’s one million times smaller than the diameter of a single human hair), it’s also a lesson in not giving up!

Some of the experts at Manchester Uni think they’ve found a way of using it to help treat cancer safely and in the future it could be used for loads of different things, from cleaning water to building aircraft, to making batteries.

It’s lightweight and 200 times stronger than steel of the same thickness and can carry electricity at one million metres per second. It’s also believed that if it’s commercialised effectively it could push the kinds of changes not seen since the industrial revolution which is pretty exciting for the future!

On top of this, Manchester has firmly established itself as the home of graphene, and there are suggestions of a ‘Graphene City’ to be built here, which could bring thousands of jobs and millions of pounds to the city.

It’s clear that graphene is several different kinds of awesome – what incredible uses have you heard of for it?

To find out more about some of the incredible tech behind our solutions, take a look at our website or give us a call on 0208 045 4945.

World Mental Health Day: How Are You Feeling?