Security with a Smiley Face

Companies have been trying to come up with alternatives to passwords for a while now, and a British company is saying that the key could be in a smiley face! Designed to appeal to text-addicted millenials who might not be too concerned with security (although security is cool, I don’t care what anyone says!) this could be a new phase for cyber security! 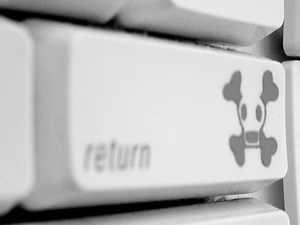 Intelligent Environments is a company that’s fixing to change the way we do passwords. Choosing an emoji sequence out of 44 possible pics should give you more options than using numbers 0-9, the company reckons. They also discovered that “64% of millennials regularly communicate only using emoji,” (which seems a bit steep!) so figured this might be a good way to integrate security in a way that users will connect with.

On top of that, we’re apparently better at remembering images than numbers, so it’d mean you’re less likely to forget your PIN; considering the firm found that a third of 1,300 people asked had forgotten them at some point it’s probably a good thing!

In the password race, biometrics have been big so far but pictoral passwords could be an interesting new direction. Cyber security expert Prof Alan Woodward said: “I think this is an interesting and potentially valuable step forward.

“If we persist in using passwords, which seem to be here for a while yet, we need to recognise how humans think and make these as easy to remember as possible. The combinations and permutations present a would-be hacker with having to run through a number of cycles that is even greater than they do for so-called dictionary attacks.”

He still thinks that it’s important to take a belt and braces approach though, even with this potentially more secure service, recommending two factor authentication.

Overall the tech should offer around 3,498,308 sequences, as opposed to the current 7,290 non-repeating digits, which would mean that using emojis could – in theory – make your device about 480 times more secure. However, this won’t help if you fall into old patterns – literally. Former memory champion Michael Tipper said:

“Statistically it will be harder to crack – but if you’re presented with a screen of emojis and you can’t be bothered to remember a sequence you’re going to pick the ones in the four corners or the top row – and then you are left with an equally insecure technology.”

Intelligent Environments has suggested building a story with your emoji password to help you remember it – these could be alliterative images, ones that tell a story of your day, or ones that you wish represented your day (running emoji) vs the ones that actually do (sleepy face and glass of wine emojis). The company is talking to banks at the moment in a bid to roll it out over the next year, so for anyone who doesn’t know their smiley face from their sassy face, it’s time to get the picture!

For more information on UKFast’s security solutions take a look at our website or give us a call on 0208 045 4945.