The year’s drawing to a close and the results are in – and I’m not going to lie to you, it doesn’t look too good. According to a report by the World Wide Web Foundation the internet is becoming less free and more unequal; which is pretty much the exact opposite way to how we would want it! So, as we wave goodbye to 2014, how can we make sure that we’re surfing clearer waters in the year ahead? 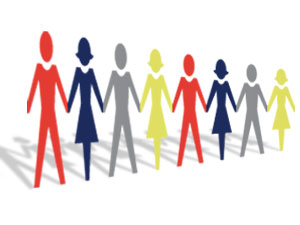 The report is showing some worrying stats at the end of the year, such as the assertion that apparently us web users are at increasing risk from government surveillance: in over 84% of countries the laws preventing mass surveillance are non-existent or pretty shabby, which is up from 63% last year. Online censorship is also on the rise according to the report, shooting up 6% from last year to 38% of the countries studied; which Sir Tim Berners-Lee wasn’t too amused about either, saying net access should be a basic human right.

The index ranked countries around the world in terms of:

Four of the top five were Scandinavian: Denmark took first place, with Finland second and Norway third. We slipped in at fourth place, followed by Sweden. The UK’s stats were: universal access at 87.97%, relevant content 96.56, freedom and openness 95.07, and empowerment 86.55.

It shows that there is still a massive divide though, and – if knowledge is power – in this day and age the internet is an extremely powerful tool. Anne Jellema, chief executive of the World Wide Web Foundation, and the lead author of the report said: “Extreme disparities between rich and poor have been rightly identified as the defining challenge of our age, and we need to use technology to fight inequality, not increase it.”

Having internet access can help change this. Sir Tim said: “It’s time to recognise the internet as a basic human right. That means guaranteeing affordable access for all, ensuring internet packets are delivered without commercial or political discrimination, and protecting the privacy and freedom of web users regardless of where they live.”

The World Wide Web Foundation is calling on policy makers to introduce better measures to fight all of this, including:

The report also found that “true net neutrality remains a rarity”, which is worrying. Net neutrality is against the proposal that certain websites should be allowed to pay ISPs for ‘fast lanes’, and get faster data speeds, essentially prioritising their service over competitors; and even Obama has recently said he backs net neutrality and an ‘open internet’. Berners-Lee also backs the concept, saying that net neutrality is essential to readjusting the balance of power and wealth in an “increasingly unequal world”.

It’s nearly the end of 2014 and the way things are going doesn’t look good; let’s make sure that things change for the better in 2015!