You Get More than Apple with Cider

Whoever said Android and Apple couldn’t be friends had clearly never had cider. And I don’t mean the delicious, fruity drink that is often used to forge friendships, but the new software Cider, that allows Apple and Android apps to play nice on the same device. 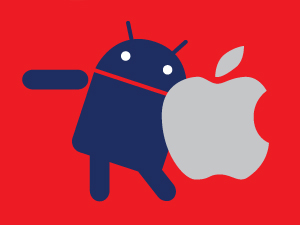 Cider has been developed by postgraduate researchers at Columbia University in the US; and lets the owners of Android devices mix and match the Android and iOS apps on their phone or tablet.

How does it work: lemme break it down for you

Persuading an application made for one operating system to run on another can be done by virtualisation. But to get this software to work, the researchers had to use a different approach, which allowed them to get around the issues virtualisation often creates. This approach involves the core or kernel of the Android operating system sending instructions through the Android device, but only tinkering with the bits attached to the iOS apps. Then another snazzy software helper provides some of the specialised data that the apps need to work on the alien system, and you’re good to go! Sound simple? Not so much…

Hardcore tech stuff (Warning: this gets away from English a bit!)

Cider’s research paper said: “Cider enhances the domestic operating system, Android, of a device with kernel-managed, per-thread personas to mimic the application binary interface of a foreign operating system, iOS, enabling it to run unmodified foreign binaries.” And Android Authority have expanded: “To achieve this, researchers used several binary compatibility techniques, including compile-time code adaptation, which allows unmodified iOS code to run on the host Android, and diplomatic functions, which enable iOS apps to tap into domestic libraries to interact with the Android’s device hardware and software.” So it kinda fools iOS into running on an unknown system, and talking to Android’s ‘ware. Maybe not the best way to forge a new friendship, which might be why there’s a bit of…

Their video shows Apple apps successfully running on a Nexus 7 tablet; however it also highlights some issues, like how slowly the Apple apps run on the device compared to normal. There are also issues with any Apple apps that use the phone’s camera, GPS system or Bluetooth; and an academic paper about Cider said that Android users can’t get at apps that use media from iTunes, and iOS users struggle to use Flash-based content. So Cider’s definitely still a work in progress! But…

The research team say Cider is only a prototype and that they have no plans to turn it into a commercial product; however, cross-platform app compatibility is getting a lot of attention, especially in the enterprise sector, so it’s definitely possible that – with some serious relationship counselling – Cider could eventually be brought to market!

The Threat That’s Becoming All Too APParent

How to Build a Killer Mobile App