The Right to be Forgotten

We all have things online we’d rather the world couldn’t see. In my case, it’s pretty much every picture of me taken between about 1988 and 2014. But it looks like now Google might be giving a helping hand to the embarrassed, wronged and (in my case) unphotogenic… whether they want to or not. 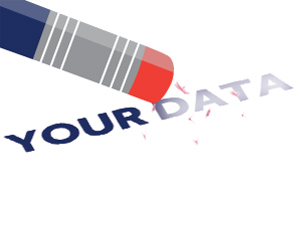 Proving that the internet’s ink isn’t quite as indelible as previously thought, an EU court has ruled that Google must remove certain data that could, “appear to be inadequate, irrelevant or no longer relevant or excessive … in the light of the time that had elapsed”. Even accurate data that has already been lawfully published could end up being removed too. So basically, if you have a ghost kicking around cyber space that you want rid of and is also not relevant anymore, you could have a good shot at getting it buried a little deeper in the cyber-afterlife.

This privacy ruling by the European Union’s court of justice – called ‘the right to be forgotten‘ happened after Mario Costeja González took on Google Spain, when they refused to delete an auction notice from 1998. The notice was regarding his repossessed home and is on the website of a Catalonian newspaper.

Costeja González said that the issue (and his debts) had been resolved so it shouldn’t keep coming up to haunt and embarrass him whenever anyone put his name into the search machine. And he won. The European court judges have – under existing EU data protection laws – told Google they have to get rid of the links to two pages on La Vanguardia’s website which come up when Costeja González’s name is put into the search engine. There are another 200 cases of Spanish citizens asking for data to be removed; and once word of the win gets out, there could be many more.

Those against the ruling have said that it could swamp companies, and ultimately courts, with requests for the ‘whitewashing’ of the public record and cost a fair amount too. Google – who argue they don’t control data, just connect people to it on the internet – said: “This is a disappointing ruling for search engines and online publishers in general. We are very surprised that it differs so dramatically from the advocate general’s opinion and the warnings and consequences that he spelled out. We now need to take time to analyse the implications.” The Ministry of Justice says that the European commission’s proposals could cost British businesses £360m a year; and the information commissioner has called the “right to be forgotten” proposals “a regime that no one will pay for”.

On the other hand, the EU justice commissioner, Viviane Reding, says the court’s decision gives better protection of personal data: “The ruling confirms the need to bring today’s data protection rules from the ‘digital stone age’ into today’s modern computing world.” And data protection is a pretty hot topic at the moment, which might be why the ruling has so much support. Having said that, it did come as a surprise, as it contradicted another statement from last year that said search engines like Google shouldn’t be responsible for the personal data that they bring up in searches.

It sounds like Google might counter the ruling by only applying it to searches made and displayed in Europe, and only for European data subjects (like European residents); but they have said a company can’t get out of it just by saying their servers are outside Europe.

In this argument, the US seems to fall on the side of the First Amendment and freedom of speech, whilst the EU is leaning more toward the right to privacy; but there seems to be a lot of support for both sides. Working out exactly what this all means could take years though, and it looks like the fight is far from over.