The Secret Lives of Selfies

On Sunday Instagram went down, causing widespread panic and an outbreak of un-filtered brunch pics and selfies. And while it may seem trivial from a business perspectivce, a closer look at selfies may well find us staring into the beady little eye of our new relationship with technology. 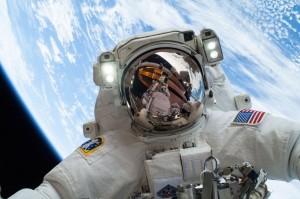 Aside from just being an annoyance on your Facebook feed, as it turns out selfies do actually serve a social function. They were 2013’s word of the year in the Oxford dictionary, which defined them as: “A photograph that one has taken of oneself, typically one taken with a smartphone or webcam and uploaded to a social media website.” And man alive are they powerful. Ellen DeGeneres’ Oscar selfie has become the most retweeted tweet ever – with more than 1 million in 45 minutes – and we’ve even had the first selfie from space.

The BBC thinks that we’ve become obsessed with the craze because we’re so used to seeing and reading other peoples’ facial expressions, but so rarely see our own. Apparently our own faces confuse us so much that when people are shown a picture of their face and asked to match it to an emotion they often can’t do it.

It also ties in with the new generation of tech that focuses more on us and our inner-selves; really for the first time ever we want – and are able – to share more about our lives and feelings. Almost everyone we know will have a Facebook and Twitter, and we feel like we can create our own social presence that people will want to know about.

There are already new technologies taking advantage of selfies. Of course there’s Instagram (when it’s working) and most smartphones will now have some fancy function to swizzle the camera around to face you, eradicating the phone-destroying days of awkwardly twisting the device round manually. There’s also now a mirror that can take selfies and post them on Twitter; though despite being able to see the convenience, I can’t think of anything much worse than an accidental morning selfie sent straight to the twittersphere.

They’ve been getting a lot of bad press too though. Accusations of narcissism aside, they often seem to been taken at totally inappropriate moments (like the woman who took a selfie as someone tried to jump off a bridge behind her).

There’s also been a funeral selfie trend (God, don’t even ask), and selfies from Auschwitz and Chernobyl.  And now there’s a selfie app to make you look thinner (read: terrifying), which plays on all kinds of esteem issues at once. Thanks for that one.

Can businesses use selfies?

The real question is whether businesses can take this tech in a more useful direction; it’s becoming clear that this taps into something that lots of people respond to, but can that translate into profit?

To start with, pictures can make corporations – especially their higher up staff – seem more accessible. We aren’t satisfied with big, faceless enterprises – we never really have been – and as businesses get larger with a bigger reach, it’s important to stay personal; and this could be one, very current, way of doing it.  These personal touches can create more of a dialogue too, but on the flipside there’s also the risk of appearing unprofessional; so if you do use selfies in your marketing and business strategies, use them with care.

Social media campaigns and events asking people to interact with selfies are great too. The Easter party I’m going to this weekend has asked people to tweet selfies of themselves dressed as bunnies to win prizes. They’re a fun and easy way of boosting interaction and online presence. Make sure any images used are empowering and engaging though; the public generally don’t respond well to – or want to work with – someone if they’ve just made them feel rubbish.

So, why not take a good long look at yourself(ie) and see how this trend could work for you.