Should All Internet Services Be Created Equal?

The net neutrality debate has been bubbling for a while, with both sides nearly coming to cyber-blows, and with all the recent rulings, is something that could have a big effect on us all – soon. 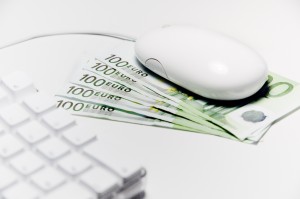 Net neutrality is the basic principle that Internet service providers should treat all data on the Internet equally, not discriminating or charging differently. On the other hand, Internet Service Providers (ISPs) say that traffic-heavy sites, such as Youtube or Netflix, put a massive strain on their services, slowing them down. While discrimination is no good thing, we’ve all been there – staring blankly at our computer screen while the latest One Direction video decides if it’s going to play ball. So, it would give customers who pay more, faster access. On the flipside then, companies who won’t – or can’t – pay, would have noticeably slower services, putting them at even more of a disadvantage, and continuing the vicious circle.

The year may have only just begun but there have already been a few disagreements between broadband providers and, well, just about everyone else, about keeping the net neutral. In January, the Verizon v. Federal Communications Commission (FCC) appeals court ruling in the US established that companies could legitimately discriminate against certain content. Then, last month, FCC chairman Tom Wheeler said that he plans to write new rules to enforce net neutrality and prevent ISPs from blocking or slowing any sites or services.

In the most recent chapter of the saga, last week the European Parliament’s industry committee passed Digital Agenda Commissioner Neelie Kroes’ big telecoms legislation package, including a controversial section covering net neutrality. It’s supposed to – for the first time – make the principles of net neutrality an integral part of European Law, ensuring that all mobile and broadband providers would treat internet services equally. However, the cheeky little rascals have included an exemption section called “specialized services”, and – shocker – it defines these services quite broadly, effectively creating a massive loophole.

There are many that say there would actually be benefits though, including lower roaming charges. Carriers wouldn’t be able to block certain services – for example, mobile carriers couldn’t block Skype because it’s in direct competition for their voice calls. Others also think that if transparency became more common – and the money that the companies made went back into creating a better internet – then it may not be a bad thing. And it would definitely give some services a better connection than they previously had.

The full package goes before the European Parliament on 3rd April; what do you think the outcome should be? How would it affect your business?