Much like One Direction or Brad Pitt’s beard, it’s hard to imagine a time before the web; but today it turns 25, and what it’s achieved in the last quarter of a century is mind-blowing! Now that roughly 2.5 billion (a third of the world’s population) is online, from our files to our phones, and from our dating to our data, the web is now a daily feature in our lives. 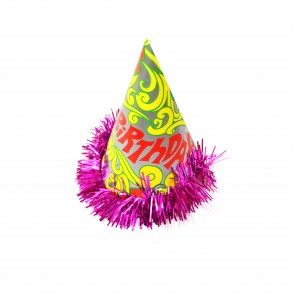 The web officially turned up to the party on March 12th 1989 when Tim Berners-Lee – who you might remember as being the dude chilling in a house in the 2012 Olympics – convinced CERN to take on his idea for a distributed information system. The military had dabbled with the idea of connected computer networks in the ‘50s but he wanted something that would allow researchers to deal with large amounts of information from physics experiments. What worked so well was that it ran across different computer networks, and allowed users to click on files hosted elsewhere. In December of that year the first web page was launched – http://info.cern.ch/hypertext/WWW/TheProject.html – and the rest is history! Berners-Lee could have been rich from it, but persuaded CERN to give it to the world as a free resource.

Now we use it for pretty much everything. (Last night I shamefully googled how to cut up ginger. With great ease, as it turns out.) And whether it’s giving us advice, entertainment, or keeping us connected, if we added up the amount of time we spend plugged in, it’d be a large portion of our day! And it’s not just in our personal lives that it’s had a massive impact. Many employees will rely heavily on the internet during work hours, and in many parts of the world, businesses wouldn’t survive if they didn’t go online. Even then it’s a shark-fight for recognition though; the average page view lasts less than a minute and the first 10 seconds are critical for users’ decisions to stay or leave.

Critics of the web say it’s making us lazy – both physically and mentally (why remember something when you can google it) – and it’s true, it may have made us less resourceful. Once upon a time, we would have to find businesses in the yellow pages and call each one up without any information to go on; considering some people do full background checks online before even going on a date, doing business ‘blind’ would be virtually unthinkable now. Nowadays though, the biggest buzzes in the online world are often around security, censorship and freedoms, as the web gets more complex, and so do its attackers.

But there’s no denying that it’s brought us together, provided us with innumerable opportunities and is just a generally outstanding piece of innovation. Imagine how our lives would be now if it hadn’t come about: we’d still do our shopping by hand, all our bookings over the phone (or – horror – in person!); I’d also be lost 100% of the time, and would probably have to buy a cat and force it to learn the keyboard. So, in the interests of not being hounded by PETA, it’s probably for the best that it exists.

As we see more changes every day, and more applications popping up, it’s clear that the possibilities are endless; so where do you think the web will go next?