Why we’re all Addicts

There seem to be a whole number of sins to get addicted to nowadays. But, whilst some people may have escaped the Game of Thrones ‘problem’ I’m currently suffering from, as a society there seems to be something that affects almost everyone; no matter where you are in the world you will always see people of all ages, and from all walks of life, on their devices. Last summer I was in a café in Istanbul at about midnight and saw another group of tourists – six friends – all on their phones and tablets; I don’t think they said a word to each other in about two hours. Not owning a mobile phone makes people look at you like you’ve suggested drinking Kool Aid, and makes a work life almost impossible. So, is digital communication taking over; are we addicted to tech? 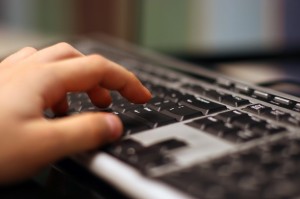 Flappy Birds, the ridiculously hard, retro game of the moment, is the latest to fall off the dependency deep-end, and the founder withdrew it last Sunday for being ‘addictive’. We’re expecting rioting in the streets – although it’s now being auctioned off on some sites for tens of thousands of pounds, which is possibly the online equivalent. In extreme cases, people were cutting down to three hours sleep a night to get extra playing time, so arguably the creator wasn’t wrong.

On the subject of sleep, it’s been found that using your devices late at night can give you a technology hangover and make you tired and less functional the next day, so working late at night is actually counterproductive. The withdrawal effects are definitely reminiscent of a drug addict going cold turkey too: one study found, ‘significant mental and physical distress, panic, confusion and extreme isolation when forced to unplug from technology for an entire day’. It’s dangerous for everyone – if I ever try and get my sister off her phone I also run the risk of losing a hand.

Time’s also created a way of figuring out roughly how much time you’ve spent on Facebook. Months, in many people’s cases. Think of the skills you could’ve learned in that time: a language, knitting, the ocarina. It even offers to let you ‘brag’ about it afterwards. Sorry Facebook, I’ll be too busy suffocating myself with my bed sheets after seeing how much time I’ve wasted on you. But that’s the difference: with Facebook I feel it’s time wasted; studies have also suggested that spending too much time on social media sites make you depressed. But if time  hooked up is spent wisely it can make you more knowledgeable, more connected, and more business-savvy.

Digital detoxing is becoming more common, including ‘no-internet’ holidays and weekends off. There’s definitely a relief that comes with shutting off from certain technology and not constantly checking your phone, email or networking sites – but if you have to check them regularly for work or to keep in touch with important people then what can you do? Try and turn off all technology at least an hour before bed, and if possible keep weekends free, or have designated ‘tech times’ to check them and then have them off the rest of the time. If you can get the right balance – as with anything else (don’t even ask me how much time I lost to Netflix) – technology can enhance  your life.

Does GDPR Still Apply to Your Business?

Expert View: Why is a Brexit Deal So Complex?