11 Ways to Win at Passwords

We’ve all had those mornings; desperately calling IT while beating ourselves with a stack of post-its in the hope of dislodging an elusive login. Trying to remember passwords is a job in itself, and everything from your Facebook to your fridge seems to need one nowadays. But we’re not sure that excuses the list that’s just been released naming and shaming the worst passwords of 2013. Hint: it includes 123456. We can definitely do better than that, World. 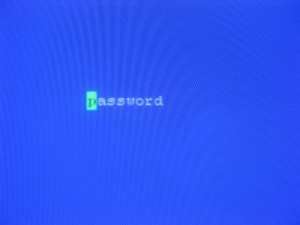 The list was released by SplashData, an internet security company, and according to them “123456” was hacked more times than any other in 2013, alongside “abc123”, “admin”, “iloveyou”, “1111111” and “photoshop”. So, because some of us (me) are a little guilty of being security slobs, we’ve got some tips to help you make your passwords sound as a pound, and even remember them too:

1.Start with a sentence, or even better, more than one

3.Intentionally misspell a word or turn them into shorthand

4.Add numbers afterwards (and punctuation is good too!)

5.We automatically remember things more if they’re funny, so try and make the sentence humorous

6.Shift your fingers one key to the left or right, so hello would become gwkki

If you want to get codey and swap letters for numbers this is called Leetspeak, and can be run into a machine to crack, so if you use this make sure it’s part of a longer password!

8.Use longer phrases that are meaningful to you, like a line from your favourite book, film or speech

And then Ana Steele said ‘Oh My’ to Christian Grey. Again. (NB: A brief summary of 50 Shades of Grey.)

The force should be strong in this one

10.Date only passwords are easier to crack.

Don’t use the same password for several logins. Also, best not to use numbers that are public record like phone numbers or addresses; and when filling in security questions think about using a false answer (one that you can remember!) as Google can be used for evil too.

We hope this helps; what are your top password pointers?