Trending Tech: Coinye West and the Buzz About Bitcoins

You might’ve heard the term ‘Bitcoin’ popping up across the internet a lot over the last few months, and to be honest, it’s all become a little confusing (especially since Kanye got involved). So, we decided to do a bit of digging (and maybe some mining too) as they continue to climb to fame. 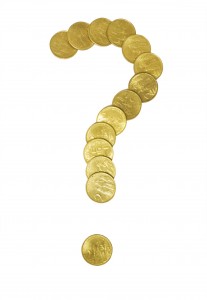 A Bit of history

Bitcoins became operational in 2009, and rose to infamy over the last couple of years; they’ve had a fair amount of news time, partly because of their association as the ‘currency’ of contraband website Silk Road, and now because of controversy surrounding them in the last few weeks. If you’re anything like me you’ve been wondering why anyone would be daft enough to buy part of a coin, or if we’re returning to the ha’penny days. Turns out they’re gaining popularity faster than a dual hex core processor (wahay), so here’s a brief summary to get you started.

Are bitcoins just coins that someone’s taken a bite out of?

As much as we all love chocolate coins at Christmas, would we want to do our shopping with them (and more importantly, would we be laughed out of every shop we went into)? But it turns out the term is misleading; they’re really crypto (virtual) currency, and more like tokens. There are about 11 million bitcoins kicking about cyberspace at the moment, and to generate the coins ‘mining’ has to take place, which – put very simply – involves a computer solving a problem with a 64-digit solution that then produces the coins. Things are rapidly moving forward though with the world’s first insured bitcoin vault, and the first bitcoin ATM being launched in Hong Kong, designed to speed up the process and let you buy directly with your credit card.

They sound like imaginary fairy money. Why would I want to use them?

For a start they make online transactions easier – as no cards are involved there are very low transaction fees, they’re free of censorship and there’s less chance of fraud. It’s also possible to steal them but not counterfeit. They’re delivered to unregistered internet accounts, which makes them great for anonymous transactions, and why they were(/are) the only way of paying on Silk Road. Having said that, some are saying they’re better as an investment asset rather than a currency.

Is some evil internet troll going to steal them, and what other problems are there?

There are definitely risks, and because bitcoins are still relatively new, they could either become a massive way of purchasing on the internet or could totally flop in the next few years. One issue is that bitcoins are only worth the value people place on them, and they’re extremely volatile. Finally, just like with real money, you’re in danger of losing them; one guy accidentally threw out nearly $8 million worth of bitcoins last year on a hard drive, making it a really expensive spring clean!

What does Kanye have to do with it?

Nothing, if he has his way. Kanye West is currently suing over ‘Coinye West’, the new version that want to rival bitcoin. The founders want to make it easier for people to use cryptocurrency but it seems that this won’t be the way to do it.

What’s the deal at the moment?

More recently, the government seized millions of dollars’ worth of bitcoins from drugs site Silk Road and tried to sell them back for USD. Arguments are ongoing, but there has been speculation that they’re just like any other goods seized by the US government: marketable. Then in the last week, the operators of two exchanges for bitcoins (where users can trade them for traditional currencies) have been arrested in the US, charged with money laundering.

Looks like there may still be a turbulent journey ahead for the cryptocurrency; what do you think – could bitcoin be the currency of the future or will it all turn out to be a bit-con?