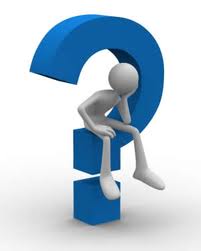 There’s been a lot of talk about the best social media strategies, how to get the best ROI and how to measure it, but businesses are forgetting the basics. A panel of social gurus at our latest round table debated whether businesses who simply ‘switch off’ social media can maintain a great reputation.

Ignoring or clocking off from social media is a major faux-pas being committed by businesses, as more and more users take to online networking for customer service. That’s according to seven industry experts who met at our round table event to discuss the growing impact of social media engagement on the business world.

The specialists pointed to the immediacy of social media and how poor use of the platform can be more damaging than not using it at all.

Heather Baker, managing director at integrated digital consultancy agency TopLine Communications, agreed adding that if you’re not regularly monitoring the site to respond to posts, your customer service flaws are left for all to see.

Kate Cargill, sales and marketing manager at music-themed restaurant franchise Hard Rock Cafe, agreed, saying: “Because social media is so transparent, brands have to be pro-active and be seen to get involved. It’s so instantaneous, people can be sat in your venue and you know their opinion straight away. If you don’t respond straight away you will lose custom.”

James Dempster, managing director at full service marketing and PR agency Cobb Healthcare, agreed, saying: “Social media encourages people who don’t like’face to face’ to give instant feedback, but you can’t afford to switch off from it. Businesses must dedicate a resource to it, otherwise there is no point.”

She said: “You are so conspicuous by your absence on social media. Even if you’re managing customer service though different channels you have to report back to the community that you are sorting problems out. Social media gives customers the opportunity to define how businesses deliver their customer services in a very public way.

“But how are businesses supposed to shut off? If you say ‘bye bye’ it’s like saying ‘hello tolls’. You’ve got commit to the hours you promise to be online.”

He said: “I did some research for a client recently, and found the majority of their Facebook posts happened between 9am and 10am. They were targeting an age group of between 14 and 18, so at that time the majority of those people would either be in school or in bed. Unsurprisingly, their social media had very low engagement rates.

“It’s these kinds of high-profile social media faux-pas that corporations will try to avoid. So while it might be a shame that they don’t yet use social media, it isn’t surprising.”

He said: “Five years ago our acquisition team managed social media. Now, it’s the marketing team because there’s been such a shift in what we want to achieve from it.

“And we also moved from agency to in-house, because I don’t believe any agency will give a client’s social media platform the love and attention it needs.”

However, Leanne Forshaw-Jones, managing director of PR consultancy LFJPR, believes the basic principles of customer service should still be at the forefront of businesses that opt to move to social media.

She said: “There is a fear within brands, that have had their own model of customer service for so long, about moving it online. But if you simplify it and say the formula is still the same, the relationship and outcome is the same but you’re dealing with it in a different way, they’ll soon realise they need to invest in a customer service team that works purely on social media.

“Companies are covering their ears and thinking the conversion just isn’t happening. They should embrace it – it’s better to be there, using it and to be in control of it.”

What do you think? Can you have a strong reputation without being part of social media conversations?