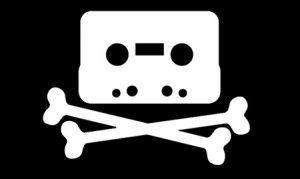 Manchester has been named the piracy capital of the UK with more illegal downloads per person than any other city in the UK.

According to first-of-its-kind research by monitoring service MusicMetric, not only is Manchester a prolific piracy hub, the UK is the second worst offender for piracy in the world in terms of volume of files downloaded.

The research showed that despite recent efforts by ruling bodies to curb the illegal downloading and sharing of music files, more than 40m albums and singles were shared/illegally downloaded in the first half of 2012.

MusicMetric monitored the global activity of BitTorrent files – downloading files from many users at the same time. Despite the UK courts’ ruling that ISPs should block the popular BitTorrent directory Pirate Bay, and Google’s removal of the site from auto-complete searches, users have found a way around the ban and continued to illegally obtain music files.

The research has added more fuel to fire the controversial music-download debate, with most pirated artist Ed Sheeran fighting the corner of file-sharers. He told the BBC: “I sell a lot of tickets. I’ve sold 1.2 million albums, and the stat is that there’s eight million downloads of that as well illegally. Nine million people have my record, in England, which is quite a nice feeling.

“I’m still selling albums, but I’m selling tickets at the same time. My gig tickets are like £18, and my albums £8, so … it’s all relative.”

The British Recorded Music Industry (BPI) chief executive Geoff Taylor has a different view. He explained to the BBC: “We just need to get over to them [illegal downloaders] the harm that they’re doing to investment in new British music.”

Should the war against illegal downloads and file-sharing continue? Is filesharing always going to happen despite the top dogs’ best efforts to stop it? What do you think?