Cyber security is one of the fastest growing threats faced by modern consumers and businesses alike. With 2011 the year of DDoS, hacktivism on the rise and hacks becoming more and more prevalent, what are the key events that led to this point?

10. The Tech Model Railway Club
Starting the countdown is The Tech Model Railway Club. An organisation within the Massachusetts Institute of technology (MIT) was the first team to use a computer’s resources for its own gain. In 1958, they used an IBM 704 to control the model railway system. They stole processing time on the multi-million pound system for a model railway!

9. The Altair 8800
The Altair 8800, an ancient computer, did not even have a keyboard. You built it yourself and added components to get a set of LEDs to flash. The Altair 8800 not only spawned the influx of micro-computers that followed it, it also sowed the seeds for future hackers by creating an era of people who tinkered with it and developed it until keyboards, screens and the like, were developed – much like what we are seeing with the Raspberry Pi currently.

8. Cap’n Crunch Calling
John Draper was the original Captain Crunch hacker after he discovered that a free whistle given away in Cap’n Crunch cereal boxes could give you free phone calls when used on US payphones. The whistle emitted a tone at a frequency of 2600Hz that gave him access to the internal authorization system at the phone company. One of the oldest hacker organisations in the world is called 2600.net in honour of the hack.

7. Kevin Mitnick on the run
Kevin Mitnick, once the most wanted cyber criminal in the US, used social engineering – the hack of the human – to go on the run for 3 years. He hacked into systems to gain free bus travel, clone phones and falsify identity documents and even hacked into Pac Bell Cellular to do traffic analysis on the FBI agents who were trying to capture him. Subsequently, he became the first person to be tried for gaining unauthorised access to systems. 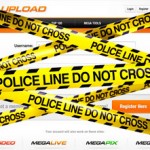 6. The mega man with many names
The names Kim Schmitz, Kimble and Mr DotCom are synonymous with hacking in the early 2000s. All belonging to one man, Schmitz lived a (very) playboy lifestyle after creating the largest ever upload site Megaupload which was responsible for 15% of the world’s data traffic until it was closed down at the beginning of the year. An already convicted hacker and insider trader, Schmitzwas arrested in January this year on charges of copyright infringement, conspiracy, racketeering, and money laundering for running a business that allegedly grossed $175 million over seven years from stolen digital content.

5. I Love You
The ILOVEYOU virus started in the Philippines and rode on the back of the Melissa virus. However unlike Melissa, which came in the form of a worm, ILOVEYOU was a standalone program capable of replicating itself. As ILOVEYOU was primarily spread through unsolicited emails, it highlighted one of the most vulnerable links in the security world: people.

We still click attachments and links now without knowing where they may lead so an email with the subject I Love You triggered the curiosity that made people open it and resultantly spread the virus.

4. Super fast Nimda
Just 22 minutes after its release in 2001, Nimda was the top reported cyber attack. The fast-spreading virus is thought to have started in China and was one of the more advanced of the worms at that time because of its numerous vectors: email, general sharing and website.

3. Ahoy there pirates!
The skyrocketing popularity of filesharing (see Megaupload above) has meant that pirated material is now simple to come by even with its own file format. Pirate Bay and Megaupload are some of the more notorious sites; however, large underground collections exist also.

2. Stuxnet
One the most important events in the evolution of cyber security has to be the Stuxnet worm. This was when hacking and cyber threats moved away from just computers and evolved to affect the world outside of the PC. Stuxnet included SCADA systems designed to control and monitor industrial processes. The worm also signalled that potential start of cyber warfare, with many people assuming that the high level of tech within code could only have been engineered by a nation state targeting Iranian nuclear facilities. 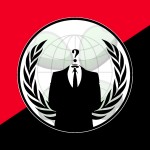 1. “Expect us.”
The biggest event in cybercrime has to be the phenomenal rise of hacktivists Anonymous and Lulzsec. The two groups brought cybercrime to the streets and the forefront of everyone’s mind by hitting the headlines after attacks on huge corporates and government bodies. Their combination of activism and cybercrime, mixed with a flavour of anti-establishment movement resulted in a large cyber army (ranging from experienced hackers and script kiddies in their bedrooms) equipped with powerful tools that were simple to operate.

Which event made you sit up and listen to cyber threats? Have we missed any?