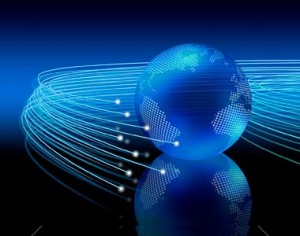 With so many buzz words surrounding business technology it can be difficult to see the wood for the trees. In this post we break through the hype to examine what virtualisation is and what it can do for your business.

Virtualisation enables you to create multiple virtual machines (VMs) on one piece of hardware. Traditionally an operating system would take exclusive control of the hardware on which it runs. By creating multiple VMs, different operating systems and multiple applications can run from the same computer.

To put it simply, virtualisation allows you to run multiple servers from one physical server.

While some types of application (such as data warehouses) can consume vast amounts of dedicated server capacity, the majority of standard applications don’t utilise all the resource available within their physical machine.

Virtualisation allows a business to use physical hardware to its full capacity and potential by utilising untouched processing power and memory with multiple VMs.

How Does Virtualisation Work?
Adding a layer of software called a hypervisor (such as VMware vSphere which is used by UKFast) to a server transforms – or ‘virtualises’ – the hardware resources of the computer—including the CPU, RAM and hard disk—to create fully functional VMs that run their own individual operating system and applications just like individual physical computers.

The hypervisor, often called a virtual machine manager, dynamically allocates hardware resource to each of these VMs.

On average, most computers use as little as 5-10% of their available resources. Bearing this in mind, if you use a single dedicated server for each element of your IT – one for databases, one for email, one for e-commerce – you have to invest in several pieces of physical hardware that will only ever be massively underutilised.

Virtualising the server and creating a VM to handle each of these applications means you can use more of the resource available and maximise investment made.

How can virtualisation benefit my business?

Because VMs require less hardware, there are also lower power requirements, maintenance costs and data centre resources. These cost savings and reduction in energy consumption have led the growth in virtualisation’s popularity at an enterprise level. As well as helping maximise returns on investment it is considered a green alternative to having vast amounts of underutilised hardware.

VMs enable greater flexibility for a business. As virtualisation is software based, provisioning a new server can take a matter of minutes rather than the days, or even weeks, it can take to provision a physical server.

Is virtualisation the same as cloud computing?

Virtualisation is the creation of multiple machines within one physical machine. Cloud computing is the delivery of ‘computing as a service’.

A cloud environment relies on both physical and virtual servers. Cloud is configured in hardware and software to provide high reliability and availability.

A key differentiator between virtualisation and cloud computing is data security. In a virtual environment, you have control over the hardware, the access permissions, the backup and recovery, etc. In a cloud environment the service provider handles all of these concerns.

More information about virtualisation can be found in our VMware report.