Advanced Micro Devices (AMD) has revealed that the company is to integrate ARM-designed security technology into its x86-based processors in the latest sign of an increasingly warm relationship between the two chip-makers. 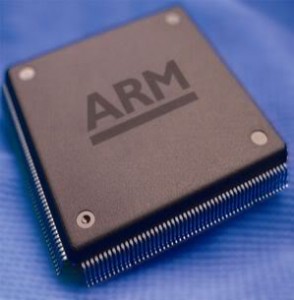 After more than a year of speculation around AMD’s use of the technology – which is usually found in smartphones and tablet devices – the official announcement was made this week at the Fusion Developer Summit in Washington.

The technology is to be used in AMD’s next generation of business laptops and devices and is aligned with AMD’s evolving chip-design strategy and its growing readiness to integrate third-party technology into the development process.

Technology market analyst, Endpoint Technologies Associates’ principal analyst, Roger Kay, emphasised that the announcement does not spell the death of the x86 chip.

Speaking to eWeek, he said: “It’s not about [choosing between] an x86 core and an ARM core. Today’s announcement is about adding an ARM core to x86.”

AMD will boost its efforts to move into the mobile and tablet devices market by integrating ARM’s Cortex-A5 processor with TrustZone security technology into ‘future accelerated’ processing units (APUs) – units using both the CPU and GPU on the same piece of silicon.

TrustZone is the supposed motivation behind the integration of the new technology. TrustZone protects sensitive apps and processes such as financial transactions, mobile payments and streaming content by creating secure, protected zones on the chip, and is integrated in ARM’s Cortex-A5 chip .

Deciding to use the third-party TrustZone technology removes the need for AMD to research and develop its own equivalent. It’s expected TrustZone will start to make an appearance in AMD chips for tablets and other devices next year, running throughout the 2014 portfolio.

It is, however, an indication of the direction that AMD is choosing to take and while rival Intel is firmly sticking with the x86 architecture for its PC and server chips, AMD is open to considering third-party technologies.

The announcement of the collaboration came just a day after the two companies, along with several other vendors, unveiled a new consortium designed to promote ‘heterogeneous computing’ that includes the use of both computing chips and graphics processing units (GPU).

AMD and ARM are founding members of the consortium designed to create standards for heterogeneous computing, or the use of both the CPU and GPU, also announced this week.

AMD and ARM joined with Imagination Technologies, MediaTek and TI to create the Heterogeneous System Architecture (HSA) Foundation, which is aimed at creating a single architecture specification and a simpler program model to enable developers to create software that can run on different heterogeneous – or hybrid – hardware platforms.

The foundation will develop tools, training and a knowledge resource for software developers and touch on most areas of computing, from client and low-power systems to servers, mobile devices and embedded systems.