In the latest post of our Geeks Who Changed the Internet series, we pay tribute to the man who opened the doors for Stuxnet. 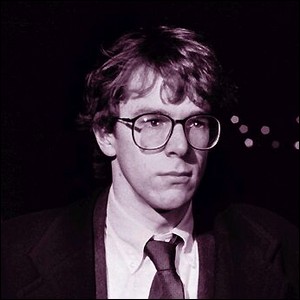 As a student at Cornell University in the 1980s, Robert Tappan-Morris created the first computer worm. This paved the way, not only for massively-disruptive and highly-specialised security threats like the Stuxnet worm of 2010, but also the necessity and creation of cyber security centres.

The ‘Morris Worm’ was released into the ARPAnet in 1988 disrupting around 10% of the computers on the internet at the time. The backlash from the worm prompted the launch of one of the major centres for internet security problems, CERT Coordination Centre.

Despite the massive disruption caused – loss in productivity and removal costs are estimated at $200 – $53,000 per system – Morris’s original intention was simply to gauge the size of the internet.

He designed the worm to reach as many computers as possible; the worm was programmed to check each computer it found to establish whether the infection was already present. Morris believed that administrators would try to defeat his worm by instructing the computer to report a false positive so directed the worm to copy itself anyway, 14% of the time.

This proved to have the opposite effect and created system loads that brought it to the attention of system administrators and disrupted the target computers. The estimated cost of ‘loss in productivity’ caused by the worm and efforts to remove it, stood at between $200 to more than $53,000 per system.

Morris was subsequently dismissed from Cornell and became the first person convicted under the Computer Fraud and Abuse Act of 1986.

As the creator of the first viable internet security threat, we think that Morris is one of the top geeks who changed the internet and the way we use it today. The worm is now one of the most prevalent cyber security risks in the world.

Do you think Morris deserves his place in our top geeks list? Who would you pay tribute to?