As this Friday is Geek Pride Day, all this week we are celebrating nerds, boffins and the geeks who changed the internet. 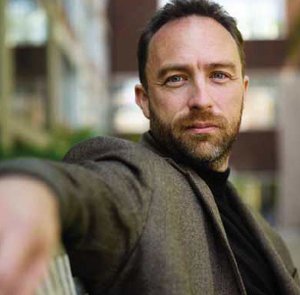 In the first of our tributes to the geeks who changed the internet, we pay homage to the chap who created the ‘information age’: Jimmy Wales.

You could say that Jimmy Wales is the brains behind the majority of the university degrees earned over the last five years or so, as Wales is the co-founder (disputed sole founder) of the online encyclopaedia, Wikipedia.

The online knowledge-base has seen phenomenal growth over the past decade, since being established in 2001 with the help of not-for-profit organisation Wikimedia – on the board of which Wales sits.

Bringing user-generated content and crowd-sourcing to the mainstream online, Wikipedia quickly became a valuable and viable information resource. Despite the obvious downsides of allowing anyone to contribute – the site’s “Bad Jokes and Other Deleted Nonsense” page highlights a few of the more terrible examples of nonsense being portrayed as fact on the site – there are more than 20million indexed articles, 90,000 regularly active contributors and Wikipedia pages are available in 282 different languages.

Wikipedia sowed the seeds of the now banal behaviour of turning to the internet to answer every question that pops up. Students moved away from libraries and actual encyclopaedias and moved online to learn. Why trawl through book after book to find information that could take a matter of seconds to find online?

‘Wiki-ing it’ became such a simple solution to answering questions on every topic that universities changed their policies to guard against misuse of the site (with many, including my own, frowning upon the site for offering an easy alternative to traditional research methods).

Even pub quizzes banned mobile devices in an attempt to stop people calling friends to search the internet and feedback answers in the days before the fast mobile-web. The popularity of smartphones has made cheating even easier.

I wonder whether without Wikipedia, people would be so inclined to turn straight to the web when they have a burning question, like ‘how many toes does a duck-billed platypus have?’, or ‘what is cloud computing?’

Has Wikipedia changed the way you find things out? Should Wales be recognised as a ‘geek elite’ or would someone else have done it had he not? Is the internet a better place with Wikipedia in it?
Let us know your thoughts and who you think are the geeks who changed the world.