The introduction of cross-platform webpages with multimedia written into the code, in theory, eliminates the need for the ubiquitous Adobe plug-in. 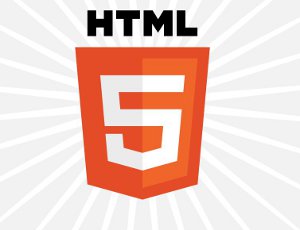 Back in 2010 Steve Jobs famously explained to the world why Apple won’t back Flash or support it on iOS devices. Jobs explained that HTML5 “let’s developers create advanced graphics, typography, animations and transitions without relying on 3rd party plugins.”

Some questioned the move – considering that 98% of desktop devices have Flash compatibility and people are comfortable with it – but it didn’t stop the runaway success of iPad or iPhone. Was this the first nail in Flash’s coffin?

With more and more developers turning to HTML5, despite the markup still being in its infancy, the webdev world is rife with rumours that Jobs was right and Flash is on it’s way out. I’d say it is more a case of horses for courses.

As we all know Apple’s refusal to embrace the tech pretty much killed Flash when it comes to mobile devices. Granted, there have been go-arounds to solve the ‘local’ application side and Android does support the plugin to some extent but the market share overall is minimal. This is mind, with the capabilities of HTML5 it is unlikely that anyone would opt for Flash if the goal is to build a cross-platform app – HTML5 is the only plausible option.

As the latest version of the markup enables multimedia elements to be coded into the site (without the need for third-party plugins like Flash or QuickTime) the user-experience is hugely streamlined for those who don’t already have these plugins. Basically, the chance of having a great big hole in the web page where the video should be, or the ‘bing’ of a pop-up message explaining that to ‘view the content the plug-in must be downloaded ‘(when all you want to do it watch the video of the cat dancing!) is no more with HTML5. In theory.

Flash’s strength however isn’t in its features; its main strength is its omnipresence. According to the latest figures suggest that 99% of browsers support Flash, whereas only half of browsers support HTML5 (without support of a polyfill). This would lead web developers and site owners to believe that Flash is still the route forward for the most wide-reaching, accessible site.

Although all current stable versions of browsers do support HTML5 and are increasing support for the associated technologies the changes are often minimal and feature enhancing – for example, Internet Explorer 6 and 7 are not compatible with the mark-up which means that without the aid of a polyfill, they cannot render the new elements at all, or with some of the new CSS3 such as rounded corners (border-radius) would simply appear as normal square corners when the page is viewed through the older browsers – the full intended user-experience will be diminished until all browsers are compatible with the technology.

It is worth noting however that this hasn’t hindered the growing adoption of HTML5 – that web designers know older browsers don’t support the new features but it doesn’t matter. It seems that if you’re a web developer that doesn’t ‘do’ HTML5 you’re behind the times and need to catch up…quickly.

Adobe has recognised the shift toward the new technology with its focus shifting to include HTML5 – think Edge – but the company has yet to give up on Flash, even though some of the big web players have already set out their HTML5 stalls (YouTube, Google and Facebook to name but a few) and it would be foolish for the rest of us to give up on it too.

Which brings us back to the ‘horses for courses’ conclusion.

It’s safe to say that HTML5 is more than likely not going signal the complete end of Flash, there will still be situations where Flash is the most appropriate option but for general use it certainly seems that this is the start of the end for Flash.

Rather than being a ‘Flash Killer’ HTML5 is more of a catalyst for a refocusing of where the Flash plugin is required. At the very roots of its purpose, a plugin is after all only required when a native implementation isn’t available and now that we can do things natively that Flash had previously enabled us to do, streaming video for example, it’s no longer required as a plugin.

I predict by this time next year we will be laughing at the issues developers used to have.