Raspberry Pi – Why is the tech world so excited about something so simple?

It’s an innovation that’s got the tech-world in a flutter. Techies are desperate to be the first to get their hands on it. It is being tipped to revolutionise IT education in schools. 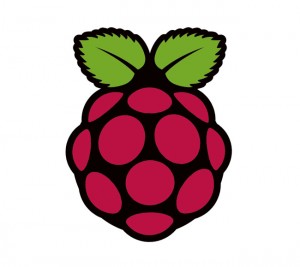 Raspberry Pi, or R-Pi, is not as the name would suggest a delectable pastry dish, it is a micro-computer based around a 700MHz ARM chip, the sort that you would normally find in a smartphone.

Developed in two models, ‘A’ features 128 MB RAM has been redeveloped to feature 256 MB RAM, a single USB port but no Ethernet port. Model ‘B’ has 256MB RAM (the max unremovable RAM for an R-Pi) , two USB ports and an Ethernet port – B is set for release at the end of this month.

With such low levels of power it doesn’t have the capabilities of a normal PC in terms of editing videos and images, but does have the specifications to play 1080p video – that’s blu-ray quality HD.

It is the basic-level computer that’s the online developer community’s dream. No keyboard, no massive fans because the processing power is so small, there’s not even a case on the first versions to be released. It is the bare bones of anything a programmer wants it to be.

Running on Linux’s Fedora software which makes it wide-open to modifications compared to Windows counterparts and it also reduces the processing power needed to run it.

The R-Pi forum is abuzz with potential uses for the micro-computer from a robot-brain to a hearing aid. The main aim of the Raspberry Pi is to change the face of IT education.

Most current computers are locked down by manufacturers to prohibit modifications and are too expensive to take a soldering iron to anyway. Raspberry Pi is the opposite. At £16 for the A model and £22 for B it is cheap enough to tinker away without worrying about it.

It also makes it cheap enough for schools to adopt and turn IT lessons from documents and spreadsheets to the real world of computers and how they work. Eben Upton created the Raspberry Pi after noticing a drop in the number of applications to computer science courses at university level, for which he blamed the expense of current tech for preventing kids experimenting and discovering a programming passion.

As a charitable organisation, The Raspberry Pi project is not aiming to make any profit from the micro-computer, simply to bring a passion for computing to a broader audience.

Reasons for its creation aside, the Pi has the potential to be a developer’s dream. Online, hundreds of potential uses for the R-Pi are being bandied about. As previously mentioned, these span from within a hearing aid to as a robot’s brain.

One of the most popular uses seems to be as part of a media centre. As the Pi has 1080p video capabilities, hooking it up to a big screen TV and an external hard-drive filled with your favourite films and you’re good to go with your own personal HD cinema.

The R-Pi could be installed as an in-car computer, be clustered for more power, used in time-lapse photography and GPS gadgets, or to develop augmented reality devices. Exciting times for innovation.

We should see the first release of the B-model Pi’s at the end of the month.