Almost a third of the global population now visits the 555 million websites on the internet according to Pingdom. 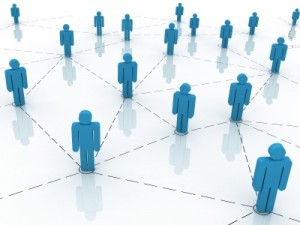 The traffic site Pingdom found in their annual research that the number of internet users has jumped from a mere 360 million at the end of 2000 and now accounts for 30 per cent of the planet’s population.

Europe accounts for 476 million of these users, Asia holds the top spot with 922 million and North America is in third place with 271 million. China leads the countries with a whopping 485 million people using the internet, more than 36 per cent of its total population.

Revealing other data from different third-party sources, Pingdom discovered that in the year that marked the 40th anniversary of the first e-mail ever sent, 3.1 billion e-mail accounts were active worldwide. Microsoft Outlook proved the most popular client with a 27 per cent market share, while Hotmail was the most popular service with 360 million users.

The number of global websites shot up to 555 million in December, with a massive 300 million of them added just last year. The number of registered domains reached 220 million in 2011’s third quarter. Domain names with a .com address were the most prevalent at 95.5 million.

Social media and mobile traffic continued to skyrocket, according to Pingdom’s information. By the end of last year, Facebook had more than 800 million users, 200 million of which joined the service just last year. The number of Twitter accounts rose to 225 million, with 100 million active users in 2011. Lady Gaga ended 2011 as the most popular person on Twitter, currently followed by 18.1 million people, while #Egypt was the top hashtag on the site last year. Overall, 2.4 billion social network accounts flooded cyberspace in 2011.

As 2011 came to a close, the number of mobile subscriptions was estimated at 5.9 billion in a world of 7 billion people altogether. Active mobile broadband accounts numbered 1.2 billion. And with more mobile phone users hopping onto the internet, 85 per cent of all handsets shipped in 2011 included a web browser.

So what is to come now? In a company blog post Pingdom predicted: “For 2012, there’s every reason to think that the internet, by any measure, will keep growing.
“As we put more of our personal as well as professional lives online, we will come to rely on the internet in ways we could hardly imagine before. For better or worse, the Internet is now a critical component in almost everything we do.”

Here’s the portrait that the report paints of the internet in 2011: