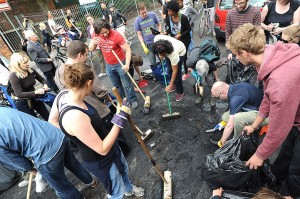 The past few days have seen chaos descend on our capital city. Quick to play the blame game, news sources gave the violence an affectionate moniker, branding them ‘the twitter-riots’ and pointing the finger of blame at social networks for lighting the touch-paper and fanning the flames.

Up until this morning, that was fairly true. Rioters and trouble-causers had used social networks, along with Blackberry Messenger, to gather the troops and coordinate the disorder.

As of around 9am there was a shift in social media’s role in the ‘protests’. Users encouraging the riots were flooded with messages of disgust from people appalled at the unfolding devastation. These groups are now barely existent, replaced instead with vigilante groups calling for the ‘naming and shaming’ of the perpetrators.

Throughout the course of the day, the good in people has been poured into social networks, providing a much needed glow in the darkness of the day. Twitter #hashtags have moved on from #londonriots to #riotcleanup, #staysafe and #prayforlondon.

The Twitter account @riotcleanup and Riot Clean Up Website has been set up to orchestrate the massive clean-up operation to set right the chaos from the riots. Many tweets have shown the scale of support people are showing from people offering an hour of their time to companies offering handy-man work for free. At the moment the account has almost 70,000 followers and an outpouring of support from across the country.

In the most surprising twist, social media sites have done a u-turn and are no longer being used to stir up the disruption, but pushing to identify the rioters and looters to bring them to justice. Press shots, CCTV stills and police-issued photographs have spread quickly through Facebook and Twitter putting the faces of the trouble-makers straight into the public eye. Accounts on Reddit, Tumblr, and Flickr exhibit page after page of further damning images of the culprits.

There are even screen-shots of the looters’ Twitter accounts parading their boasts of how much they have stolen. From one account, which has seen been deleted, @itBARBZbabes brags “got tonnes of stuff today #londonriots woop woop” and later tweets that “it was all free so I just took it – I’m not going to get caught.” Another account shows a photograph of a thief posing with a table full of video games, beauty products and electronic goods and a caption explaining where he had got them.

Screen shots of these tweets along with many other looters tweeting photographs of their ‘swag’ have fast reached viral-levels of popularity. All of these sites feature the Crimewatch phone number to call to identify people in the image.

Official sites have been set-up in the photo-sharing style, for example London Rioters which presents CCTV photographs of rioters with two options ‘Yes, I know this person’ or ‘No, I don’t know this person, show me another’ giving people the opportunity to anonymously identify the criminals through the site.

Considering the age range of the rioters that we see on the news, using an innovative approach in a format that young people are so used to seems ingenious. It is interesting to note, however, that without Twitter and the like, I doubt very much that the official outlets would have had half as much traffic. 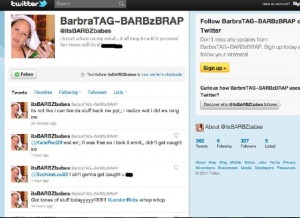 Vigilantes have taken Twitter by storm. It is great to see people using social media to come together to calm, rather than cook up, a riot.

Update 11:00 10/08: Our beloved Manchester faced scenes similar to those in London last night, this morning the destruction is clear for everyone to see: smashed windows, shop fronts destroyed, high-end stores gutted of stock and even fittings, and Miss Selfridge a smouldering mess on Market Street.

It is fantastic to see the same community spirit in the clean up efforts. By 9am there were already groups of people, of all ages, ready for the clean-up and waiting just outside our Piccadilly Garden offices, brooms at the ready. At the time of writing, approximately 1,000 volunteers have arrived to help out.

A new Twitter account @RiotCleanUpManc has been set up to coordinate the clean up efforts across the city and looks to  be doing a brilliant job.

A final noteworthy point, many of the volunteers are the same age as the looters and rioters from last night.