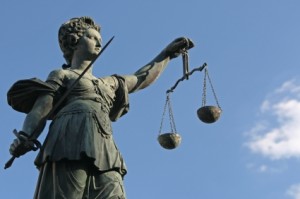 Sarah from our Communications Team has been writing this week about an article she is submitting to .Net magazine about a topic that I find particularly interesting:

We’ve spoken about this quite a lot and it’s interesting the different thoughts that arise during the process as it doesn’t seem as clear cut as one would think.

An informal medium
My initial, gut reaction to this question was, yes. Yes, because social media is just informal medium where people chat and interact. Conversations shouldn’t always be taken literally and shouldn’t hold too much weight.

A very influential medium
However, I quickly changed my mind, I thought “then again, it is a place to communicate with a wide audience and can be an incredibly powerful tool.”
The influence Social Media can have in modern society is incredible as has been proven on many occasions, such as when Barack Obama became the first black President of the United Sates of America, the recent situation with Gap’s new logo, last year’s controversy over Greenpeace’s Social Media attack on Nestle, during the UK General Elections or when Rage Against The Machine got to Christmas Number 1 in 2009.

Conserving transparency and varied opinion
The point that really makes me think that is essential that Social Media be subject to libel law is to conserve the good things about this modern societal phenomenon. Social Media is by definition about user generated content which, in my opinion plays an extremely important part in making transparent, honest content available online. It has meant that brands can no longer rely solely on their marketing output, because the truth about their service will be readily available on Twitter, Facebook, review sites… When looking into buying a product nowadays, I more often than not will look into it on Twitter to see what people are saying about it first.

If Social Media weren’t subjected to libel law, then people would be free to say anything which would in my opinion, take away the very thing that makes this such an incredibly valuable and transparent tool.

Dealing with detachment
To conclude, I would like to raise the issue of “detachment” (I couldn’t think of another term). This is what I call the fact that these messages are published in an impersonal environment (ie. through a computer screen) which can cause the author to feel detached from real life and the real situation. Consequently, this can lead people to write things they would otherwise never say.
This is a psychological state that exists in film for instance whereby the cameraman doesn’t feel a part of the real life situation he is documenting. Tristan, from our Film Department enlightened me more about this as he told me of a book called “War Junkie” written by Jon Steele where he describes feeling detached, removed and maybe even emotionally disconnected from the incredibly difficult scenes he films on the front line of a battlefield. I think that this can often be the case in Social Media and with this being such an influential medium, these “hiccups” should still be subject to libel law in order to force people to think twice before publishing their sometimes impulsive thoughts the rest of the world.