MS10-019, 026 & 027 warrant particular mention as they affect server workloads running on All versions of Windows, 2003/2008 and Windows 2000 respectively. The security risks inherent within these updates should not be overlooked as they remedy potential security exploitation on these operating systems.

MS10-019: remedies an issue where an attacker could potentially alter signed executable content (PE and CAB files) without invalidating the signature.

MS10-027: similar to 026, remedies and issue with Windows Media player which could allow remote code execution if opening specially crafted content on a remote web site.

The Deployment Priority, Severity and Exploitability Index and Summary of affected software for each bulletin are covered in more detail within the official Microsoft monthly presentation slides below: 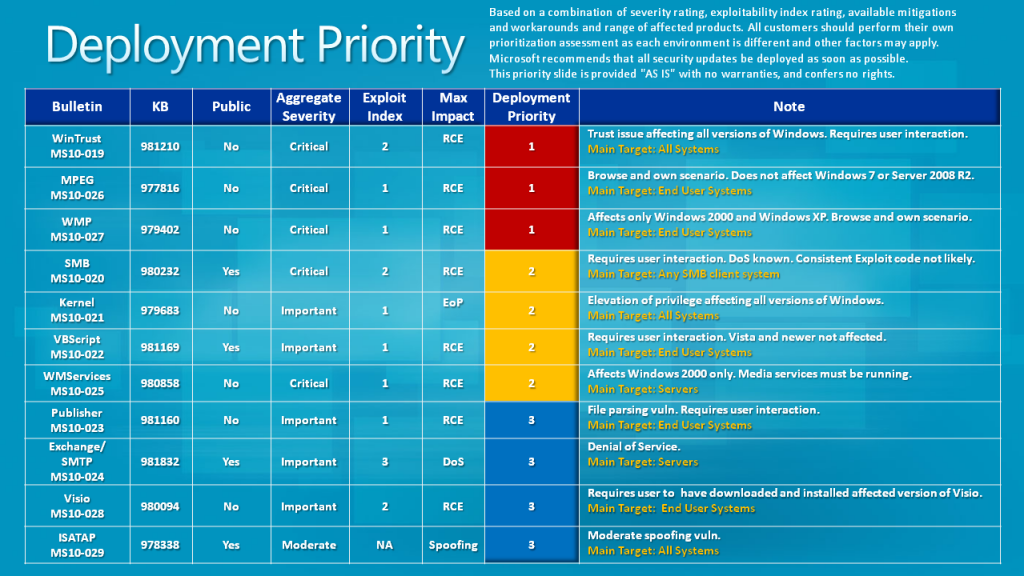 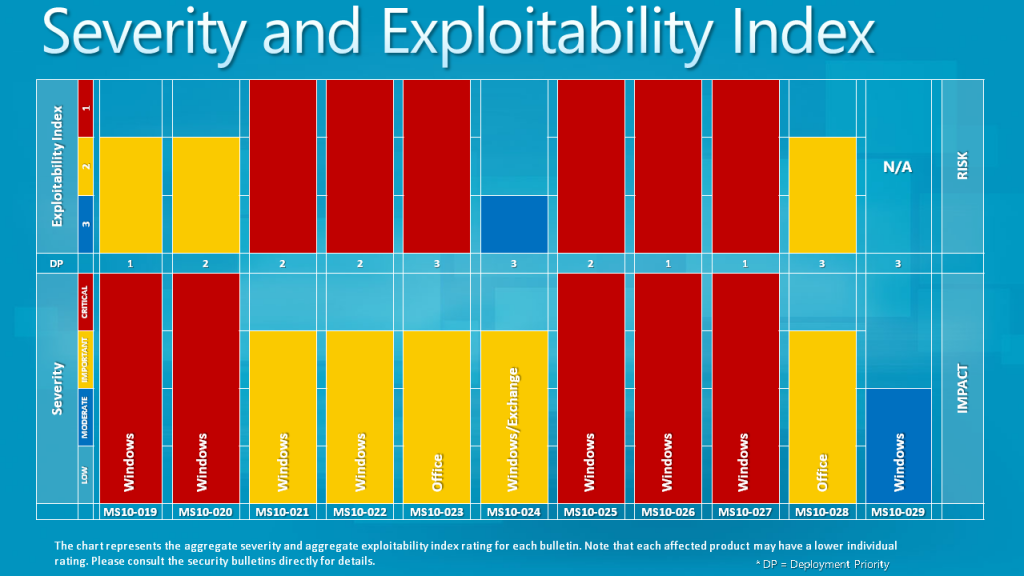 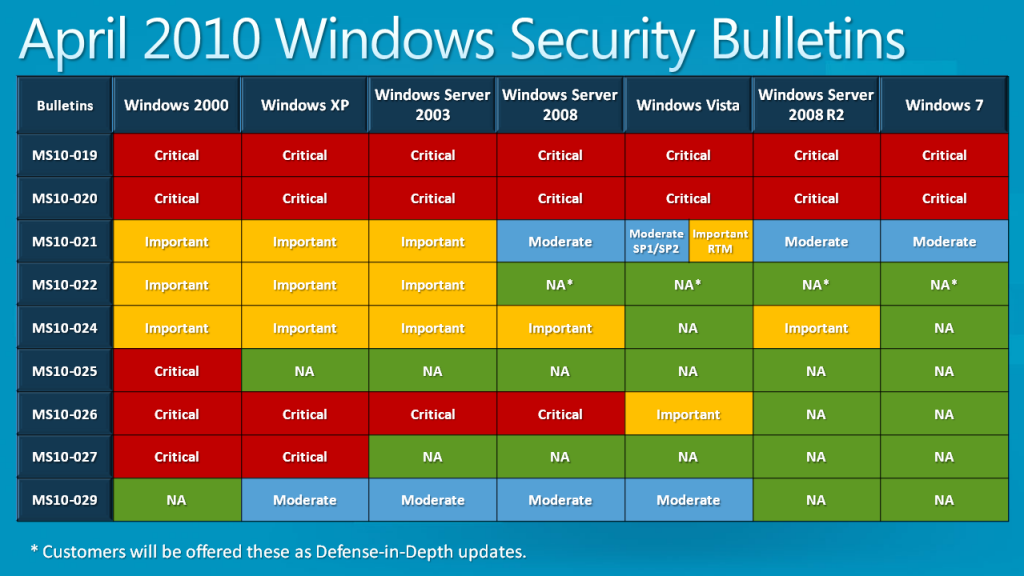 As usual, as a UKFast customer, you benefit from updates being applied automatically unless you have opted out of this service.