It’s amazing what a little confidence can do. Within a business, this can be encouraged and grown by the culture that the company promotes. So too, in the business world is confidence developed. But here, the culture is influenced more by the media at large.

With much more news about the economy looking up, house prices back to where they were 12-months ago, acquisitions making the headlines again, it’s no wonder people are feeling more able to spend.

But it’s early days, so where are people willing to place that extra resource? The answer is quite telling. The latest IPA Bellwether Report states that while overall marketing spend is still facing cuts, the rate of decline has slowed and budgets for Internet marketing are growing again.

This comes with marketing executives indicating the strongest degree of optimism about their financial prospects since the end of 2006. This encouragement has led to spend on the Internet rising 4.5% and Internet search 5.4% across the board. 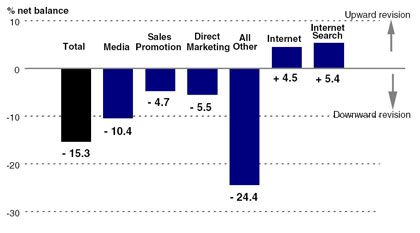 Taking online as the saviour of spend, businesses are now looking at what a return to economic stability will mean for them. I suspect those who are following the industry average however, will find themselves behind the curve.

Those who have rooted themselves in a strong internal culture of optimism and bucked the spend trend over the last year will be far better placed when the rest of the UK joins them at the end of the tunnel.