Windows 7 is upon us; well at least they say it is! If you remember that I talked about the next generation (R2 i.e. release 2) of Microsoft technologies in my last post likewise, you could read “Windows Vista R2” where you see Windows 7. That is not to say that this isn’t a major release or big update to the flagship OS, but it does suggest that unlike the server product, there may be other reasons for slating it as ‘7’ rather than R2.

As most people will be aware, Windows Vista was much maligned by people in the anti-Microsoft camp – and some people in the Microsoft camp – but the majority of the issues related to the OS were to do with the marketing of the product on its first release. This is not to say that Microsoft didn’t do a good job of marketing the software, but more that other organisations did a good job of counteracting this with negative publicity – I won’t link to them here for (hopefully) obvious reasons!

In essence the support against Microsoft and Vista in the period from initial release forced a rethink – how can they 1) assess if the operating system is as good as they believed it was i.e. find out what the users really thought 2) counter this anti MS/Vista campaign. I don’t have the answers to those questions, however, I do have a couple of interesting observations regarding where and how they might have achieved the answers. For one, Microsoft launched the Mojave experiment which essentially ‘faked’ a release of another post-Vista Microsoft operating system (Mojave) to the public. They held public demos where they would invite people to use the operating system and see the new features – the results were massively in favour of the product and most people commented along the lines that they were glad Microsoft had eventually included so many additional and beneficial new features in the operating system – follow the above link to see the videos. Of course – they then informed these users that what they were using was in fact a masked version of Windows Vista, disguised so that it wasn’t clear what operating system it was. Clearly, this sparked surprise but more to the point it gave Microsoft feedback on Vista that they were very unlikely or unable to get due to the negative press they had been exposed to. Point 1 covered; users liked the OS and its feature set. To cover the second point, however, there was either to be a massive PR campaign regarding Vista or essentially an abandonment of that brand and a progression to a new brand – and new OS. 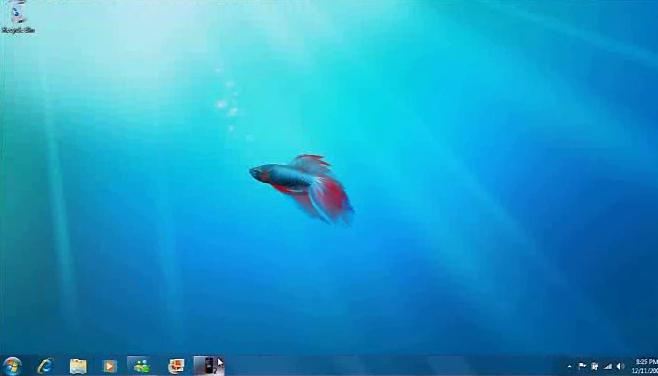 Going back to my opening lines on this blog post: are we seeing a launch of a new product by Microsoft which is in the operating system arena, isn’t called Vista but is a desktop operating system? – I think we might have a connection here.

No doubt there are going to be a whole lot of new and improved features in Windows 7 – and being an MS fan, I’ll certainly blog about these benefits in future posts – however, there was just this niggling feeling I had that perhaps not all was as it seemed when the software giant announced a potential release of a new flagship operating system within 3 years of the last – given it was 7 years between XP and Vista.

The Windows 7 beta is available to download until February 10th when the public link will be removed pending the next stage of the product cycle (either beta 2 or RC, release candidate).

Read more about Windows 7 at the following sites: